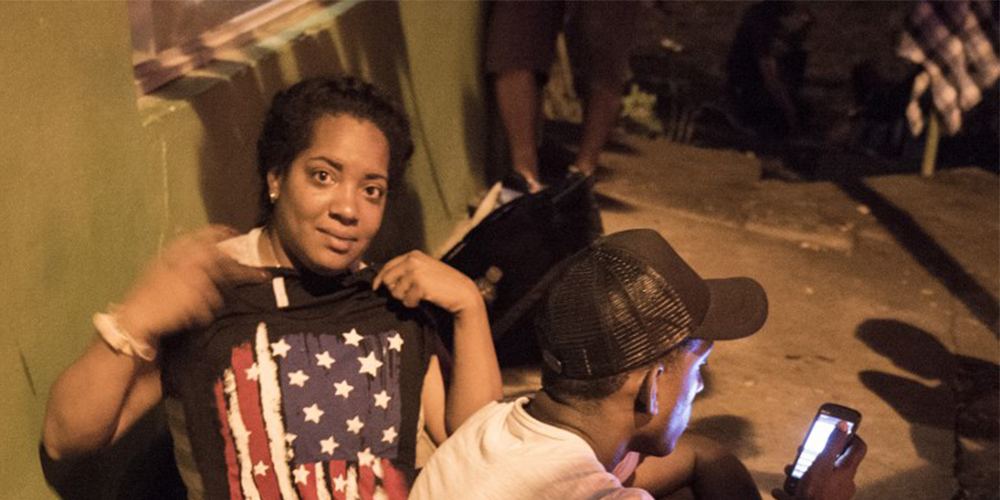 QCOSTARICA – With nearly 2,000 Cuban migrants at the northern border with Nicaragua, and some 300 daily expected from Panama in the coming days, Costa Rica is proposing a “humanitarian corridor” for the islanders transiting Central America en route to the United States.

Foreign Minister Manuel Gonzales said in a radio interview today that there must be a coordinated solution for the Cuban migrants, who are currently being blocked by Nicaraguan soldiers from entering that country.

Since Sunday, Nicaraguan troops and police continue to forcefully push Cubans back to Costa Rican territory, where the immigration service has set up shelters in La Cruz, the closest town to the Peñas Blancas border post.

“We don’t want to stay. We don’t want problems. We’re a group of human beings trying to achieve their dream: arrive in the United States. Everyone that we have encountered since leaving Ecuador is behaving well. The problem began upon arriving at the border with Nicaragua,” said Dagoberto Fernandez, a Cuban mechanic traveling with his pregnant wife, who began their journey from Ecuador.

Tensions between the two countries have risen in recent days over the Cuban migrants situation, Nicaragua accusing Costa Rica of dumping its problems on its doorsteps, violating its sovereignty by allowing the Cubans to travel to Nicaragua. On Friday, Costa Rica immigration said it would issue the Cuban migrants a seven-day transit visa.

For now Costa Rica is so far ruling the possibility of moving the Cuban migrants by ferry between Caldera, Puntarenas and El Salvador.

On the radio program, Nuestra Voz, immigration director Kathya Rodriguez, said they considered that possibility before Nicaragua closed its borders, adding that an immediate viability is unlikely.

Given that the numbers of migrants are expected to grow, the Comision Nacional de Emergencias (CNE) – national emergency commission – is not ruling out opening additional shelters.

The Caja Costarricense Social (CCSS) says it has, at its temporary medical health care centre at the border, treated more than 19 Cubans on Saturday and 46 on Sunday, most affected by the tear gas thrown at the migrants by the Nicaraguan army.

QCOSTARICA - 250 is the number of Cuban migrants in Costa...
Read more