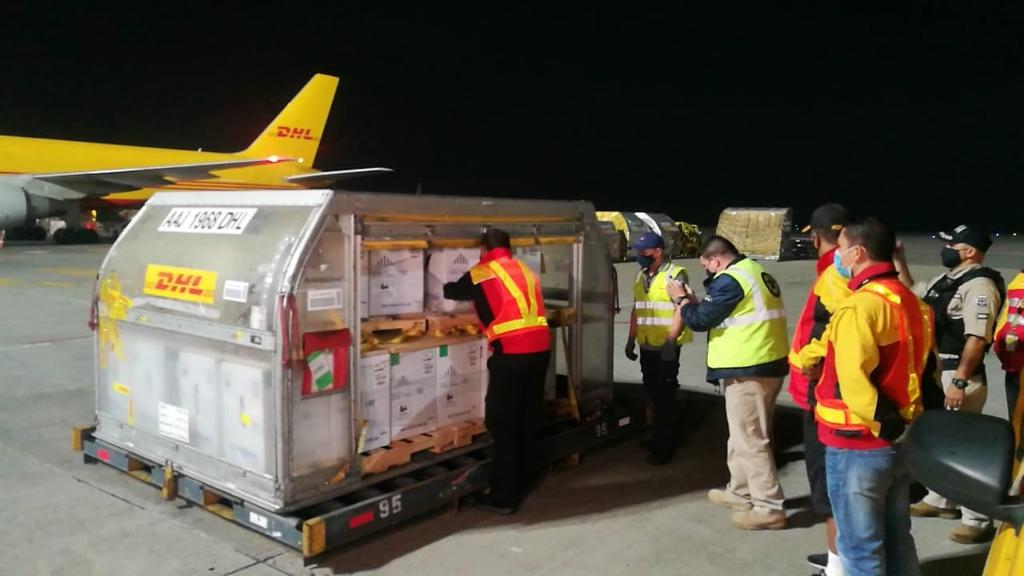 QCOSTARICA – On Wednesday night, May 19, Costa Rica received the largest shipment of covid-19 vaccines since the first to arrive last December.

174,330 doses of the product developed by the companies Pfizer and BioNTech arrived, confirmed the Comisión Nacional de Emergencias (CNE) around 9:30 pm, at the Juan Santamaria (San Jose) airport.

Last week, Costa Rica took delivery of some 88,000 doses of the Astra Zeneca vaccina by way of the COVAX facility. This was the second shipment, the first was 43,000 doses last month.

According to the report of the Caja Costarricense de Seguro Social (CCSS), as of May 17, 1,251,900 people have received their first jab, of which 530,018 people have been fully vaccinated (received both doses).

The vaccination rate, according to official data, is 24.25 per 100 inhabitants of the target population.

Costa Rica ranks as the 12rhh country in Latin America and the Caribbean with the greatest advance in vaccination against covid-19.

Chile tops the list, where 47.5% of its inhabitants have already received at least one dose.

This Wednesday, the Ministry of Health confirmed 2,900 new infected by the SARS-CoV-2 virus that causes covid-19.

Currently, the Government is fighting to flatten the contagion curve, for which it issued measures aimed at reducing the mobility of people, including suspension of the school year, as of Monday.