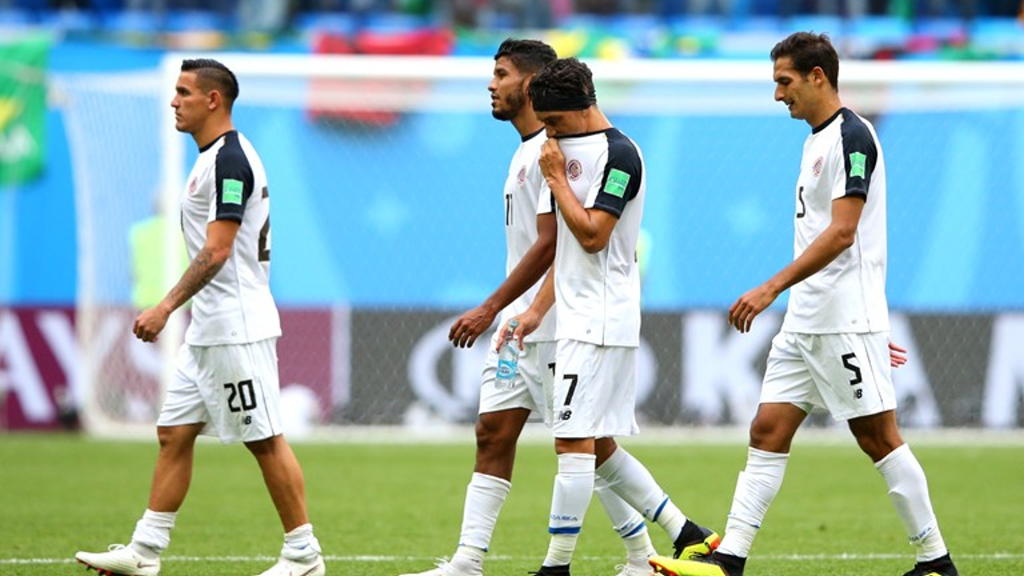 The game went well for Costa Rica, playing strong, good defense and several good scoring opportunities. But in the end, when the clock had ticked 90 minutes, Philippe Coutinho was able to cross the Tico defense and from 6 meters out, put one past Keylor Navas.

This gave the Ticos only a few minutes to tie the game and possibly get the needed win.

But it was not to be.

The Brazilians made good use of the time to pass the ball around, keeping the ball at midfield for most of the few minutes left on the clock, scored the second goal and did not give the Ticos a chance for an attack or two.

The Ticos had done well. Until then. Had they not only kept up a strong defense, but they had also taken the chances to counter. However, Brazil were too good, winning their first match of the World Cup 2018. They tied with Switerzland in their first.

For Costa Rica’s national team the loss with Brazil and tie with Serbia last Sunday removes any possibility of advancing to the last 16.

But they have gone down fighting.

The third and last game is on Wednesday, June 27, against Switzerland. After that, it’s a one way trip home.

- Advertisement -
Paying the bills
Previous articleLeonora Jiménez victim of a cyberattack: ‘I went from almost 400,000 followers on Instagram to none at all’
Next articleVolaris Costa Rica Suspends Flights to Nicaragua