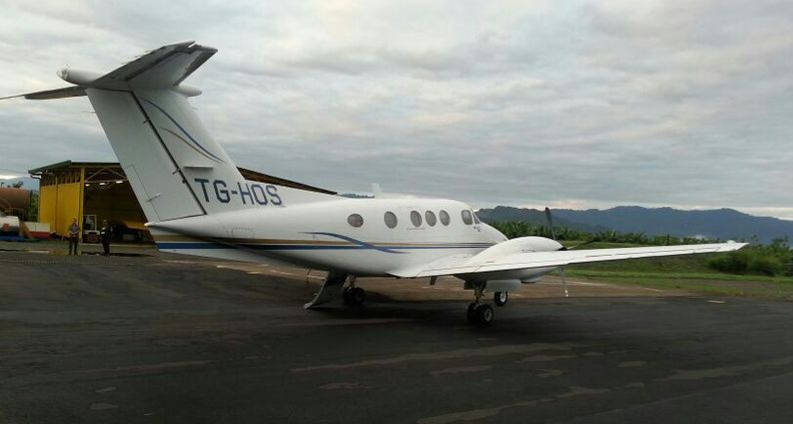 Costa Rican authorities confirmed the seizure of a light plane loaded with cocaine and the arrest of the two pilots on the runway of an airstrip in Valle La Estrella, Limón, on the Caribbean coast.

The vice-minister of Security, Celso Gamboa, said the detention occurred at 4:30am Monday and that the plane was carrying up to a ton of cocaine. 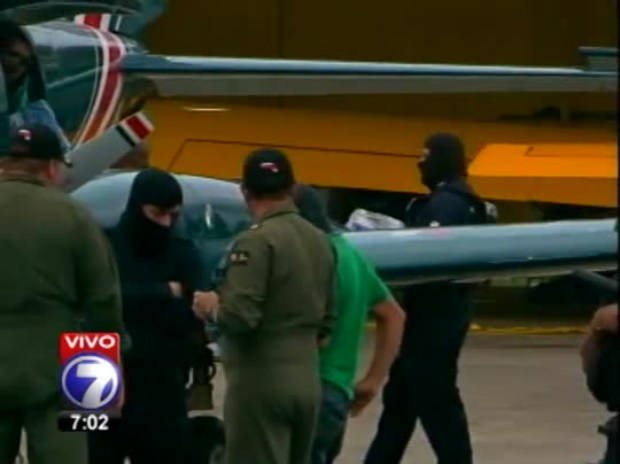 The flight plan reported to Civil Aviation in Guatemala was part of a trip to the Liberia airport in Costa Rica. The aircraft then headed for Cali, Colombia. In the early hours of Monday, the plane is believed headed back from Colombia, loaded with the drugs, before it made an emergency landing at the Pandora airport in Limón.

The King Air F90, with the call signs Tango Golf Hotel Oscar Sierra (TG-HOS) is registered in Guatemala to Blue Assets, a company domiciled in Panama City, believed to be owned by a Guatemalan retail chain.

The million dollar plane is now in the hands of the Instituto Costarricense sobre Drogas (ICD) – Costa Rican Drug Institute – and could soon be making flights for Air Surveillance Section of the Security Ministry.

Costa Rica Policía de Control de Drogas (Drug Control Police) are now trying to determine if the plane and its owners have ties to criminal groups in Costa Rica, Colombia, Panama and Guatemala.