Costa Rica is set to become the first country in Latin America to ban hunting for sport, a move aimed at preserving the country’s rich biodiversity. 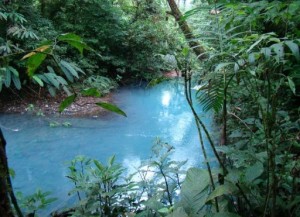 Legislators approved the popular initiative by an unanimous vote on Monday and sent it on to Presidenta Laura Chinchilla, who is expected to sign it into law.

The law would impose a fine of up to US$$3,000 for anyone caught hunting, with exceptions made for individuals hunting non-endangered species for food.

The law “will allow us to live in peace with other living things that share our planet,” said  the president of the Asemblea Legislativa (Legislative Aseembly) Victor Emilio Granadas.

“I believe this is a message we give to future generations, that an activity like sport hunting is not a sport but a cruelty.”

QCOSTARICA - This week there could be very good news for the country in the fight against the coronavirus pandemic if the College of...
Latin America

Q REPORTS (Council on Foreign Affairs) Democracy is being destroyed in Nicaragua. This has been the long-term project of Daniel Ortega, the country’s dictator,...
Business