RACSA, the subsidiary of the once-telecommunications monopoly ICE, promises ultra-fast Internet communications are coming for their customers next January. 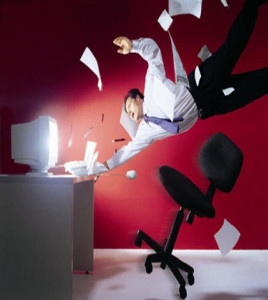 Company manager Orlando Cascante blamed delays on RACSA’;s Swedish parter, Via Europa, for the January target date for offering the service. Not only is service to be faster but it will be much cheaper.

RACSA’s customers have longed for a break for quite a while. The subsidiary has been a worry for parent ICE when customers began abandoning its service when the market opened up.

Revenues dropped as service declined and customers fled until, in 2011, ICE was forced to give RACSA a company bailout to keep it afloat in a sea of red ink.

RACSA management hopes the rot will stop when it is able to offer 10 Mpbs service for the colon equivalent of $50 per month. Currently, the same service costs customers $100 per month, reported La Nacion.

Cascante said the service will be provided by the lines of the Power and Light Company — also an ICE subsidiary.

Originally, Cascante announced, at a function called last Sept. 24  by President Laura Chinchilla, that the service would begin this month. But what he should have said is that RACSA was ready — but the Swedish partner wasn’t.

Comment: In Costa Rica, all things come to he who waits – – if he lives long enough…

RICO's DIGET - As we begin the month of March, I can't help but think back on what we have been through over the...
Colombia

Q COLOMBIA – In less than two weeks, Colombia enters its first rainy season of the year, which will very possibly have an increase...
Greater Metropolitan Area

QCOSTARICA - The images filled the morning news television screen, for no apparent reason, the driver of a big rig begins to beat with...
Banking

QCOSTARICA - Loans in dollars, which had a great boom in 2000, began to slow down since 2016 and today, despite the fact that...
Health

QCOSTARICA - A total of 24 travelers, so far, face problems with the law when discovered trying to leave Costa Rica, through the San...
Health

QCOSTARICA - The Ministry of Public Security (MSP) reported on Friday that, in a period of two weeks, 47 travelers have tried to leave...
Front Page

QCOSTARICA - Within a few months, the Juan Santamaría International Airport or San Jose airport (SJO), went from being “bustling” to becoming a practically...
Health

QCOSTARICA - "Don't be afraid, get vaccinated," are words of doña Irma Ceciliano, in a virtual conversation, along with three other seniors, telling President...
Business