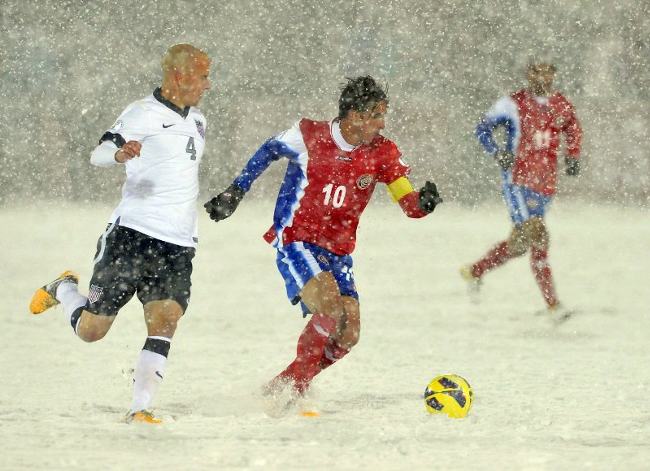 Remember when the Americans beat the Ticos 1-0 in the snow? Well, in a few days the Ticos will get to exact their revenge on the US, in a game set for September 6, this time in hot and sunny (but wet) Costa Rica.

“The San José game is the biggest game in 2013 or all of us because we want to win there,” United States Coach Jurgen Klinsman told USsoccer.com. “We want to get three points. We want to qualify as soon as possible for the World Cup in Brazil. We want to get the first-ever three points in World Cup qualifying in Costa Rica. It’s going to be huge. We have to be extremely disciplined with eight or nine players being on yellow cards to prepare also for the game against Mexico in Columbus, so going into Costa Rica we really need to be on top of our game. We need to be very focused and sharp and make it happen.”

The Costa Rica – US game will be played at the Estadio Nacional (National Stadium) starting at 8pm, with the gates opening at 3pm. Tickets for this event are SOLD OUT! 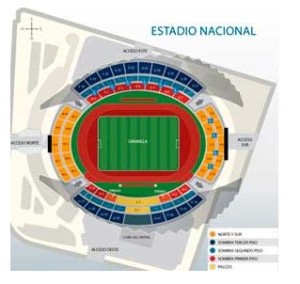 What is available, though are tickets to the Costa Rica – Mexico game on October 15. Tickets for that game went on sale at 1:00am this morning at specialticket.net, availble only on the web until 8:00am and then at distribution outlets (Servimás for example) an call centres starting at 8:30am.

Entrance prices for the Mexico game are from ¢10.000 to ¢20.000 (plus service charges) with a maximum purchase of four per person.

According to SpecialTicket.net, purchased tickets will be available for delivery to  nationals and residents from Sept 4 to 30 and to foreigners only between October 13 and 15.

QCOSTARICA - The Ministry of Health announced this Tuesday...
News