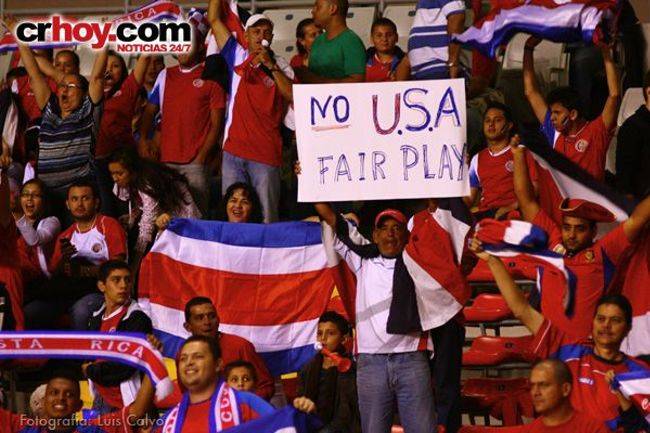 The Federación Costarricense de Fútbol (Fedefutbol) – the national soccer association of Costa Rica  – has been fine US$13,329 dollars by the FIFA for the wave of “gamesmanship” the US team endured from Costa Rican fans on September 6.

The world soccer body found the Fedefutbol guilty of the acts reported to the FIFA Commissioner and Safety Officer.

Rodolfo Villalobos, Fedefutbol treasurer, said he was not surprised by the fine or the amount, saying the soccer federation had expected a monetary sanction.

After the game that saw the United States national team lose 3-1 to Costa Rica’s national team, the FIFA decided to open an investigation into the disrespect shown by the fans towards the visiting team.

The FIFA fine is basically for not controlling the actions of their fans minutes just before kickoff.

- Advertisement -
Paying the bills
Previous article[BLOG] October Is The Month of Rain. And Lots of It!
Next articleCosta Rica Brands Available On Amazon