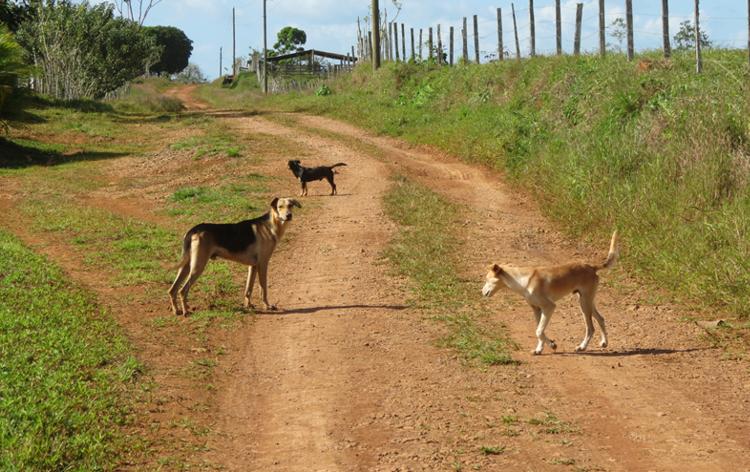 If the above headline looks familiar, it should. After spending nearly two decades in court, Industrias Infinito de Costa Rica, the Costa Rica subsidiary of a Canadian gold mining firm, is going to arbitration with a Washington D.C. body.

The company has filed its case before the International Center for Arbitration of Differences Relative to Investments. The company says it is suing for the Costa Rican government to return its investment in preparing an open pit gold mine at Cutris in San Carlos canton of Alajuela Province.

Infinito is asking the arbitrators to grant them $94 million the company allegedly invested, beginning in 1993. The measure to grant the concession, worth millions, was originally granted by ex-President Oscar Arias who rammed it through using the legal tactic that it was “of public interest.”

But residents of the mine area and environmentalists disagreed with Arias and brought a series of suits against the company. After many years in court, the Legislative Assembly banned ALL open pit mining in the country, effectively slamming the door in Infinito’s face.

Still, Infinito persisted up the ladder of administrative law in a series of appeals. The gold mining company executives have warned that Costa Rica’s voiding its operation has done irreparable harm to the country’s reputation with international business.

The last court trial levied a fine on Infinito for alleged damages to the environment in preparing the area for a complex of refining the metal, including unnecessary deforestation.

Environment Minister Rene Castro told La Nacion that his department has prepared documents and is ready for hearings. He said the ministry is confident in its side of the dispute. “We’re not going to pay what they’re asking,” he said, “and there’s no chance of their continuing operations of the Crucitas project.”

The arbitration board obliges both parties to abide by its decision as if it were a court. Company executives did not give details of their side of the case except for a reference in a press release alleging “a series of violations of agreements between the government of Canada and the government of Costa Rica regarding promotion and protection of investments.”

Costa Rica is the source of gold which is now only exploited by small operations nor much more sophisticated than the gold mining during the heyday in California in the 1850s. In an uncertain investment climate since 2008, gold is a favorite investment hedge, leading to record prices. 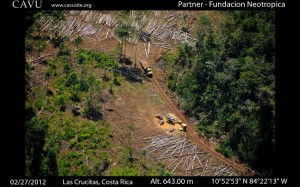 CAVU has been assisting Fundación Neotropica in its assessment of environmental damage to the area of the controversial Las Crucitas open pit gold mine near the Nicaraguan border. With CAVU’s acquisition of aerial, GPS embedded oblique imagery, Neotropica has been able to thoroughly quantify the extent of the degradation. Costa Rica’s Environmental Minister Renee Castro has entrusted the prestigious Fundación Neotropica with the evaluation of the environmental damages at the site, operated by Infitio Industries. The study complies with a court decree, which annulled a contract awarded by former President, Oscar Arias, that allowed the extraction of 800,000 ounces of gold from the mine. An earlier court ruling froze the $600,000 bond Infinito deposited in 2007. Environmental lawyers have demanded the money be applied to restoring the mine site.