Costa Rica: Family and other animals 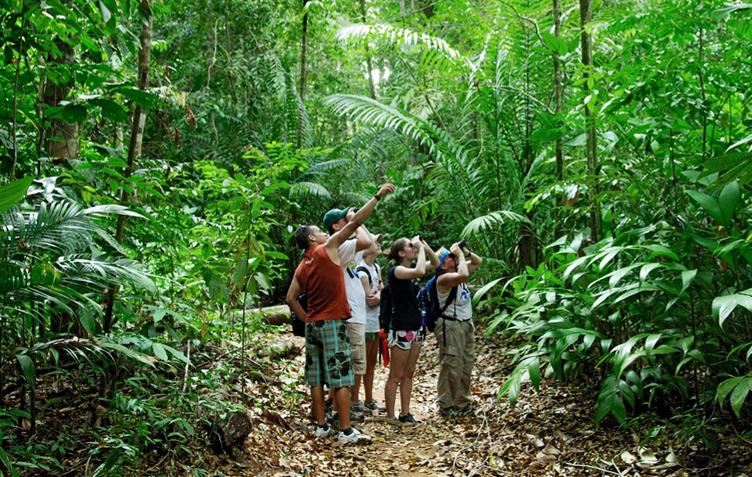 The sound of cicadas fills the forest like a screeching jet engine. You step over a dark trail of leafcutter ants carrying triangles of leaves over a snake-like tree root that’s invaded the path. One of the many tall trees above your head rustles and you look up to see a troop of white-faced monkeys eating fruit. A monkey catches your gaze, then turns quickly to run up the branch, a baby clinging to her back. Your child points at her, with an expression of pure awe.

Welcome to Costa Rica, arguably the easiest place to see wildlife in the Americas. But the nature-in-all-its-glory adventure doesn’t end here. The same day that you explore the forest you may have also visited a live volcano, and the Pacific coast with its sandy beaches and surfable waves could be steps away. As one of the safest and more developed countries in the region, Costa Rica is easy to get around; if you plan it right, you won’t have any car trips that are longer than three hours. There are thrills for every age: soft beaches for tots, easy walks with lots of animals for children, more adventurous jaunts and surfing for tweens, and nightlife and adrenalin-charged activities (from rafting to zip-lining) for teenagers.

While almost anywhere in Costa Rica is good for family travel, the north-west part of the country and the central Pacific coast is easy to get to from the capital, San José, and offers tons of variety in a condensed space. In this exhilarating tropical playland you can explore Arenal’s perfectly shaped volcanic cone and the surrounding Jurassic jungle before heading up to Monteverde for misty cloud forests filled with bright-coloured birds, outrageously large insects and weird animals, such as nocturnal, prehensile-tailed porcupines. Then head to the coast for tall, humid jungles that hide sloths, snakes and coatis (members of the raccoon family). Look down from river bridges to see colossal crocodiles bathing in the sun or spend a day at the beach learning to surf in gentle waves. And expect plenty more expressions of awe. 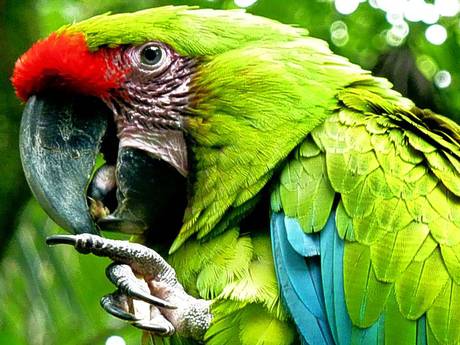 Get out of San José and go straight to Parque Nacional Volcán Arenal. The volcano has recently stopped spouting lava and the views here look like something out of a dinosaur-meets-unicorn fantasy novel. Walk or horseback-ride to waterfalls, explore the dark grey rubble of old lava flows, or windsurf, boat or fish the 85sq km volcanic lake. Meanwhile, trees with massive root buttresses hold troops of monkey comedians that will keep you laughing. See some of the world’s most dangerous snakes and colourful frogs up close at the Arenal Eco Zoo. Next, go to Monteverde for higher, mistier, lichen-draped forests with more critters. Take a walk along the family-friendly Bajo del Tigre trail to spot toucans and agoutis by day or hairy tarantulas hiding in their ground lairs at twilight. There are specialist educational zoos here for butterflies, frogs, bats and snakes that allow you to see and learn about your favourite animals.

Then it’s time to descend from the clouds to the sunny, humid coast. Jacó is touristy yes, but it’s a beachside town with enough sleeping and eating options to keep any family happy. Days can be spent exploring the nearby macaw-filled Parque Nacional Carara. If you haven’t had enough animal and beach action, then Parque Nacional Manuel Antonio, about an hour down the coast from Jacó, is sure to deliver. Here, vine-covered trees harbouring sloths give way to coconut palms and white sands where you can swim in warm blue water until an animal exciting enough (a spiny-tailed iguana, maybe?) draws you out. Again, this park is no secret but it merits its popularity through its beauty and density of animal life. Even at its most crowded it still feels as though the monkeys outnumber people. 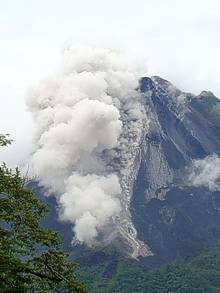 Fly into the Costa Rican capital of San José and rent a 4×4. Book your lodging well in advance if you’ll be travelling during the peak months of December and January or June and July. The driest (and most popular) time to visit is November to April. Humpback whales migrate along the coast in September and October. Monteverde gets packed for the annual Monteverde Music Festival (includes jazz, Latin and classical artists), held on variable dates from January to early April.

If you’re travelling in Decexmber or January, visit the Playa Hermosa Wildlife Sanctuary to watch baby Olive Ridley turtles dig themselves out of their nests and flail their way to the sea. From July to early December you may be able to visit the sanctuary at night to watch mama turtles come to shore to lay eggs. Any time of year you can visit the hatchery and see the efforts to protect the species. Tour companies can charge up to US$100 per person for day trips but it’s perfectly fine to just show up on your own. µ

This is an extract from ‘Great Escapes’, published by Lonely Planet . To order a copy, go to shop.lonelyplanet.com