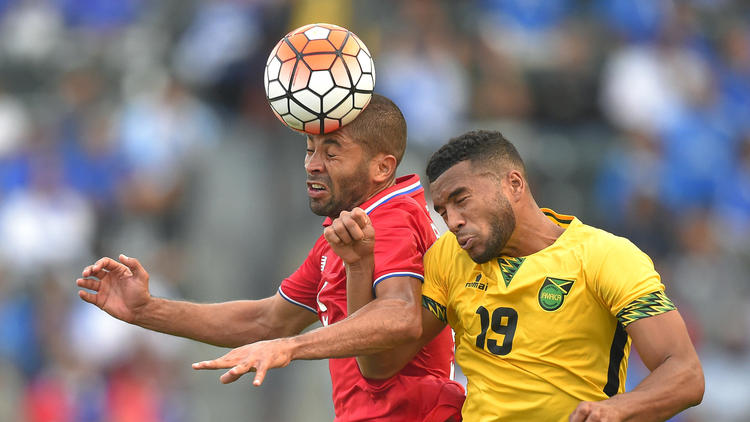 (QCOSTARICA SPORTS) Via LATimes – After advancing out of World Cup group play for the first time last summer, the challenge facing Costa Rican soccer is what to do for an encore.

Going deep in this month’s CONCACAF Gold Cup would be a good start. But that’s something that may be out of reach for the Central Americans if Wednesday’s mistake-filled 2-2 draw with Jamaica in their Gold Cup opener at the StubHub Center is any indication.

In the second game of the Group B doubleheader, played before a crowd of 22,648, El Salvador battled Canada to a scoreless draw.

Costa Rica has stumbled while trying to take the next step up the international soccer ladder following its World Cup success.

Just weeks after the World Cup, Colombian-born coach Jorge Luis Pinto, who engineered Costa Rica’s magical run to the quarterfinals, left the team after failing to get a new contract. That’s one side of the story anyway.

Pinto’s version is money wasn’t an issue. He left because of disagreements with assistant Paulo Wanchope who, Pinto said, wanted him fired 18 months before the World Cup.

Wanchope disputed the contentions, then was named Pinto’s interim successor, guiding the team to the Copa Centroamericana title. In January, he got the head job permanently — and Costa Rica hasn’t won since.

“You really can’t compare,” Wanchope said of this Costa Rican team and last year’s version. “These are different times. There are new players coming in. They’re adapting rapidly. And competing.”

The team Wanchope used Wednesday included eight starters who were on the World Cup squad. But among the absences were goalkeeper Keylor Navas, who had three shutouts in five games in Brazil, and playmaking midfielder Yeltsin Tejeda. Navas will miss the Gold Cup with tendinitis in his right heel. Tejeda is also injured.

Jamaica struck first Wednesday, on Garath McCleary’s goal in the 13th minute. Costa Rica answered twice in a four-minute span late in the half, taking a 2-1 lead on scores by Roy Miller and David Ramirez.

Jobi McAnuff pulled one of those back in the 48th minute, after which the game became a battle of goalkeepers, with Jamaica’s Dwayne Miller turning away three shots on goal while Navas’ replacement, Esteban Alvarado, preserved the draw with a leaping save on Jamaica’s Simon Dawkins in the final minutes.