Costa Rica To Ask International Court of Justice For Ruling 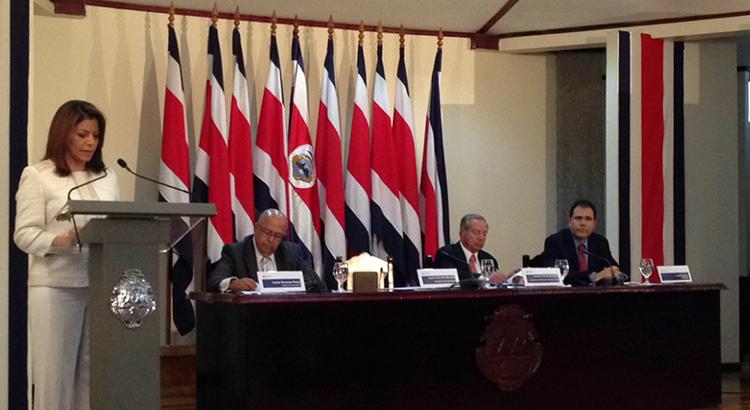 Costa Rica’s Presidenta, Laura Chinchilla, said on Monday her government will ask the International Court of Justice in The Hague (ICJ) to settle the dispute with Nicaragua related to potential oil concessions.

Chinchilla said the country plans to file a complaint with the ICJ today (Tuesday), asking the court to determining its borders with Nicaragua in the Pacific Ocean and the Caribbean.

The dispute dates back to 2002, Nicaragua publishing maps detailing oil concessions in waters claimed by Costa Rica. Reviving the dispute was Nicaragua’s publishing of the maps again last year.

This is not the only border dispute between the two countries.

Nicaragua and Costa Rica have an open dispute with the ICJ over the Isla Calero, a swampland that both countries claim theirs.