The plan includes the expansion of the Alajuela and Paraiso de Cartago rail, a free app to allow access to schedules, rates, map route and the purchase of the trains, a process that was to have started in December of that year.

“These five components that are framed in the Action Plan presented to the citizens who will be carried out by the INCOFER in the coming months, as a fundamental basis for the construction of the Rapid Passenger Train (TRP), the country project proposed as the backbone of the Costa Rican public transport”, said then the Executive President of the Incofer, Elizabeth Briceño Jiménez, who has been at the head of the Incofer since May 2017.

On December last, President Carlos Alvarado and the Incofer president announced the awarding of the contract for the purchase of the eight trains to the Chinese company. 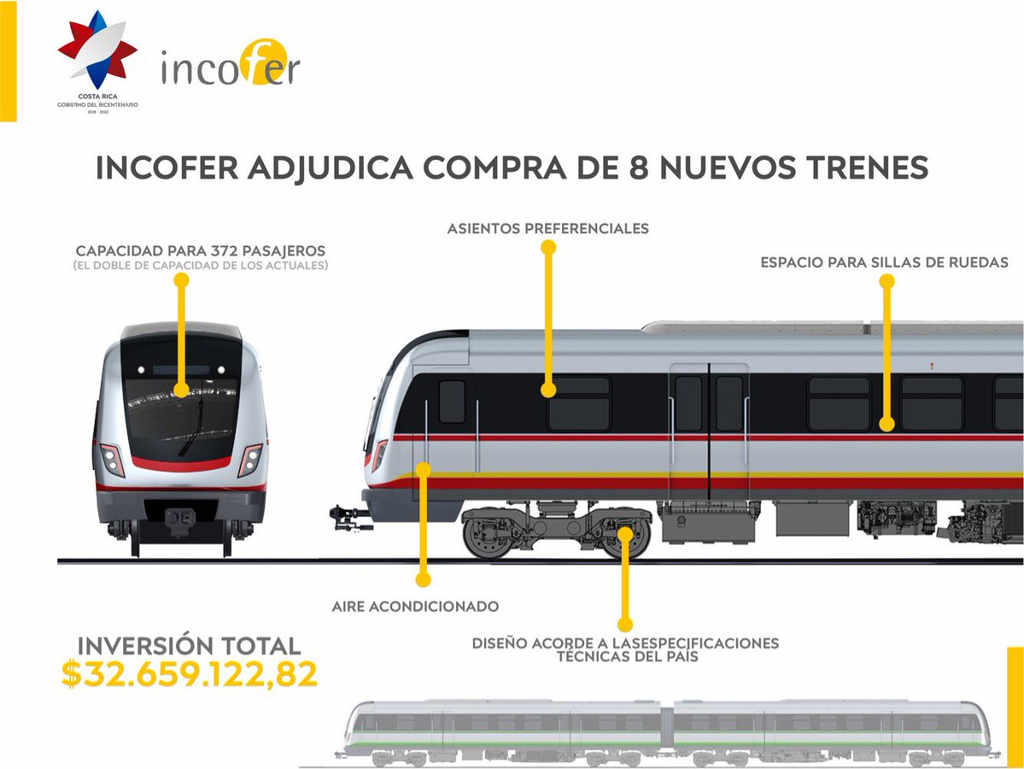 The contract for the eight units with a capacity of 372 passengers, is valued at US$32.7 million ($32.659.122) dollars. In the deal, the supplier includes training, spare parts, and maintenance for three years. Delivery is scheduled to begin in April 2020 and concluded two months later. 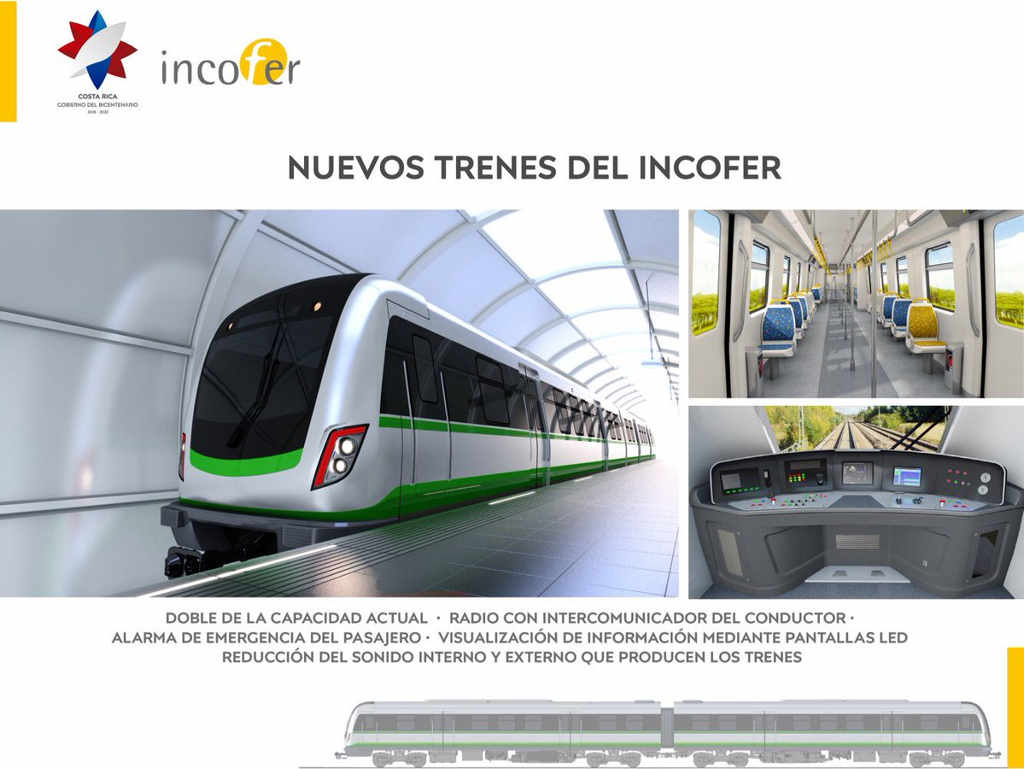 According to the statement by the Presidencia, the stainless steel trains have a useful life of up to 30 years. The engines will be friendlier when complying with European regulations EU STAGE III A, which consists of the best use of fuel, which will contaminate less than the current trains.

Alvarado said in a Tweet on December 6, 2018, the trains will have sound reduction and more environmentally friendly engines. “We are moving steadily towards a sustainable, efficient and quality mobility for the population.”

The contract was signed on December 18, 2018 at Casa Presidencial.

The “Diesel Multiple Unit” (DMU) will have a maximum speed of 70 km/h. Each unit will have areas for passengers with reduced mobility, air-conditioning, and a passenger information system.