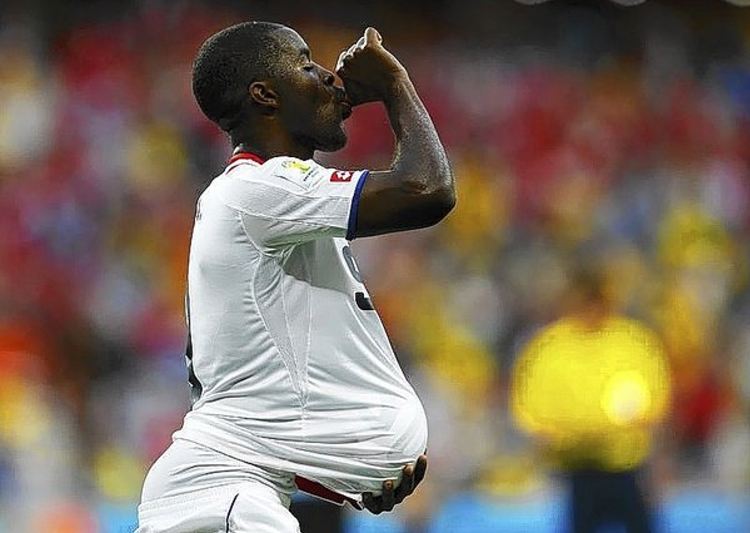 According to Wanchope, the underdogs will “keep surprising the world” they floored Uruguay 3-1 to raise hopes of escaping from a tough Group D.

Although a big surprise to the world and most Costa Ricans at home, for Wanchope “for us, it wasn’t a surprise because we know the great talent that we have…”

“We’re not surprised at anything. We’ve been looking at England for so long,” said Wanchope, when asked what he made of the attack-minded team that went down 2-1 to Italy.

“For me, especially, I do like the way they play, I do like the talent of (Adam) Lallana, (Dean) Sturridge, (Wayne) Rooney, (Steven) Gerrard. They’re very good going forward and they have good, solid defenders”, Wanchope told AFP.

England faces Uruguay on Thursday, one day of ahead of Costa Rica’s meeting with Italy.

According to Wanchope, England is expected to improve in their second game. “I think they could do better against Uruguay, I really do think that. But we will concentrate on our game and we will see what we can do against England in the last game,” said Wanchope.

Costa Rica finished the Uruguay game with no yellow cards and no new injuries, meaning they will be at full strength for Friday’s game with Italy.

The Ticos are aware of the power of Andrea Pirlo and Mario Balotelli and are preparing themselves. “The next game is going to be very important for us,” piped in Costa Rica’s goalkeeper Keylor Navas. “We’re going to have to do everything right.”

Currently leading Group D, Costa Rica take on second-placed Italy at the Pernambuco arena in Recife on Friday before rounding off the group stage against England in Belo Horionte on June 24.

- Advertisement -
Paying the bills
Previous articlePresident Solís Says No Plans For Corruption Probe of Chinchilla Administration
Next article[BLOG] WHERE ARE WE? WHERE WILL WE BE? WHERE SHOULD WE BE?

QCOSTARICA - From the gallows humor department is the...
Uruguay