Costa Rica Will Not Meddle In Israeli-Palestinian Conflict, Says Chancellor 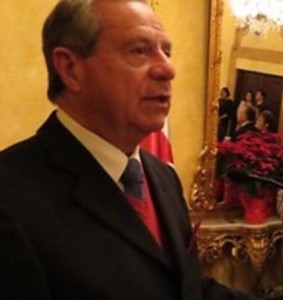 Costa Rica will not interfere in the conflict between Israel and Palestine and will favour a bilateral agreement between the two states. This was clarified by Costa Rica’s Foreign Minister, Enrique Castillo.

Last month, Palestinian ambassador to the United Nations and Costa Rica, said he hoped that Costa Rica is an ally to the “end of the Israeli occupation”.

Costa Rica’s Chancellor explained that “it is they who must negotiate” and come to a conclusion with two states with secure borders. Castillo said the two countries of friends of Costa Rica, “so will not take sides”.

Notwithstanding, Castillo has voiced publicly that he does not share Israel’s policy of continued expansion, but expects a solution that is comprehensive and undivided.