Costa Rica Will Only Support “Conviviencia” Of Same-Sex Couples, President 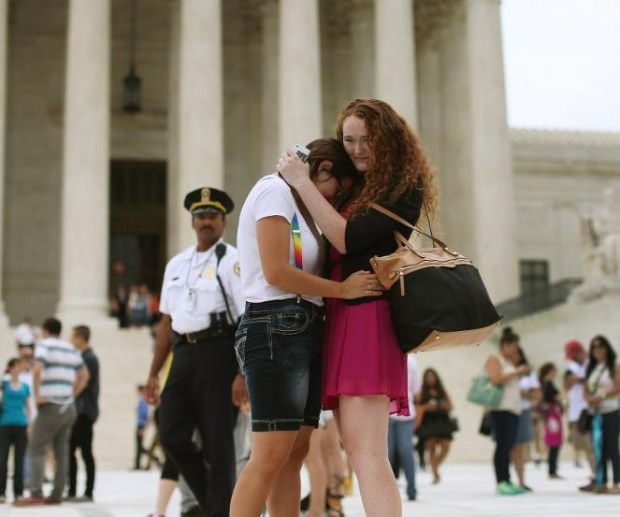 (QCOSTARICA) – The decision by the U.S. Supreme Court to legalize same-sex marriages does not change the position of the Government of Costa Rica on the matter, says President Luis Guillermo Solis, who on Friday reiterated that his government only supports same-sex couples living together or coexistence (conviviencia in Spanish).

“The decision reflects the American reality and I think that is an important moment for Americans. It is the reality of the United States, not of Costa Rica. Our support remains for societies of coexistence,” said the president.

Currently, the Legislative Assembly is debating the draft law to legalize the coexistence of same-sex couples. If approved, this would allow same-sex couples rights in the matters of inheritance, insuring their partner with the Caja, mutual financing and visits to hospitals and prisons.

The Diversity Movement (Movimiento Diversidad) in Costa Rica welcomed the U.S. decision. “The impact of this decision is not only of the people, but at the political level, because the U.S decision has weight in Latin America and the world, which will change some sectors,” said Marco Castillo, leader of the Diversity Movement.

Regretting the U.S. decision are evangelical legislators, as well as the leader of the Partido Accesibilidad Sin Exclusión (PASE), Óscar López, who said they hope that a similar decision will not be made in Costa Rica.

Mario Redondo, head of the  Alianza Demócrata Cristiana, said, “I believe that marriage is between a man and a woman. When I say that I disagree it is not a matter of homophobia or being evangelical. It is a resolution that I do not share.”

However, many other legislators applauded the U.S. court ruling.

Otton Solis, head of the Partido Acción Ciudadana (PAC) said, “all that advances human rights is a right step.”

“Here (in Costa Rica) we have to accept that two people of the same-sex love each other,” said Solis.

The U.S. court ruling on same-sex marriages occurred at the heels of the International LGBT Pride Day, celebrated around the world, tomorrow, June 28.

In Costa Rica, the Marcha de la Diversidad will start at noon in downtown San Jose, and for the first time ever in the country, a Pride Run in the morning.

The lack of support from the legislators caused a second attempt...
Read more