The Marcha de la Diversidad,  first held in Costa Rica in 2009, will start at noon on Paseo Colon and move towards the Plaza de la Democracia.

Geovanny Delgado, one of the organizers of the Marcha, estimates more than 14,000 people took part in the event last year.

At 3:00pm, following the march, there will be concerts with such artists as Pedro Capmany and many others, in the Plaza de las Garantias Sociales. Other events include the Planchato de la Diversidad at 4:00pm that will take place at the extreme south of the Barrio Chino boulevard and Fiesta de la Diversidad at the Avispa club.

At 5:00pm, the official party of the march will take place at Club El Teatro, the Gay Pride After Party at the Centro Comercial Plaza Arte in San Pedro, and the El Oh!8 at the Grafica Genesis in Plaza Gonzalez Viquez.

But, before all the partying on Sunday, the Pride Run, the first in Costa Rica and Central America, will start at 7:30am in Paseo Colon and run through the streets of La Sabana and Rohrmoser. The route is: Centro Colón, Estatua León Cortés, Librería Universal, MAG, Canal 7, Banco Lafise, Boulevard de Rohmoser, Scotiabank, Centro Colón.

But the festivities is not only on Sunday. A series of events are programmed for Saturday, June 27 and tonight, Friday, June 26. See posters at the bottom of this article.

For more information on the event visit: 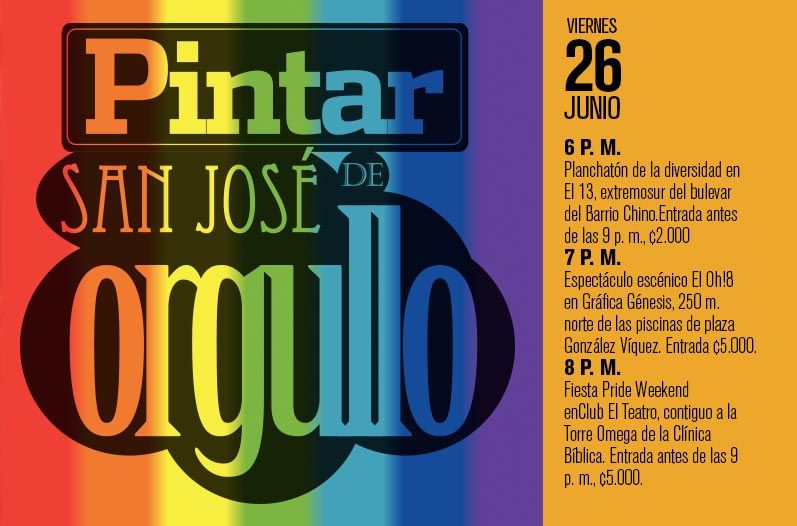 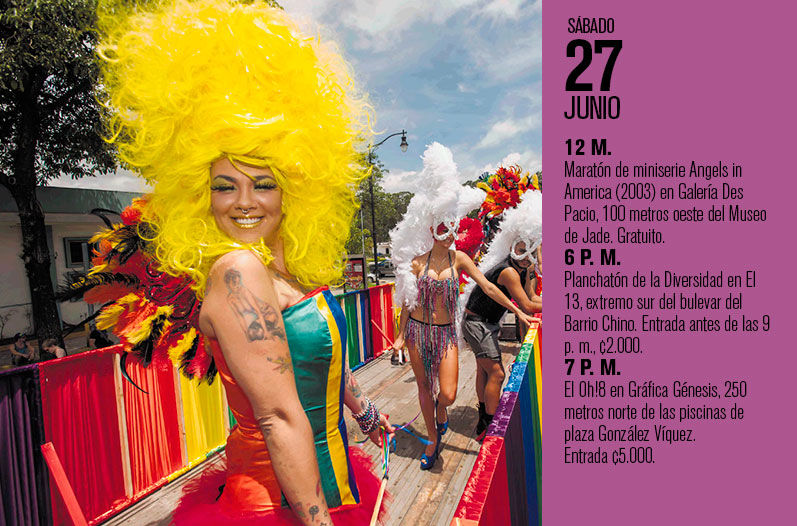 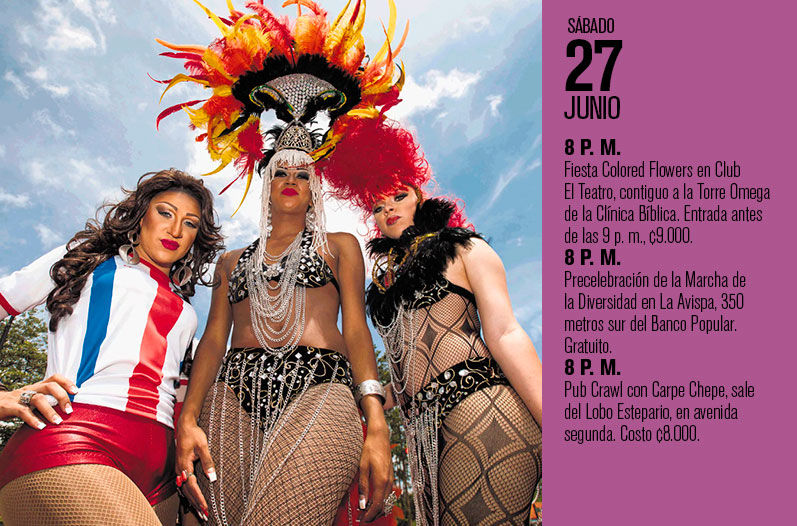 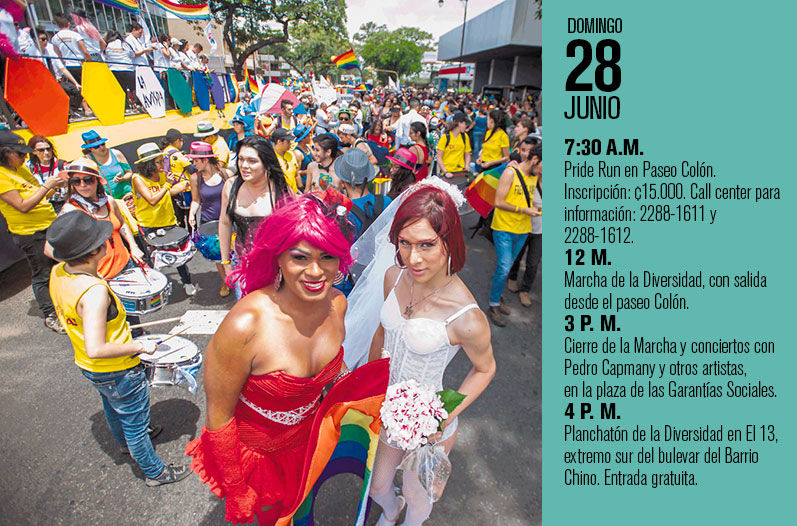 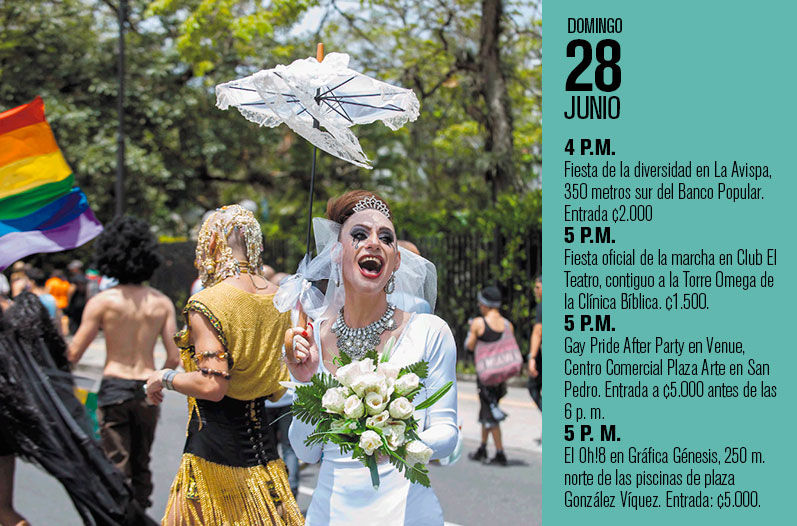