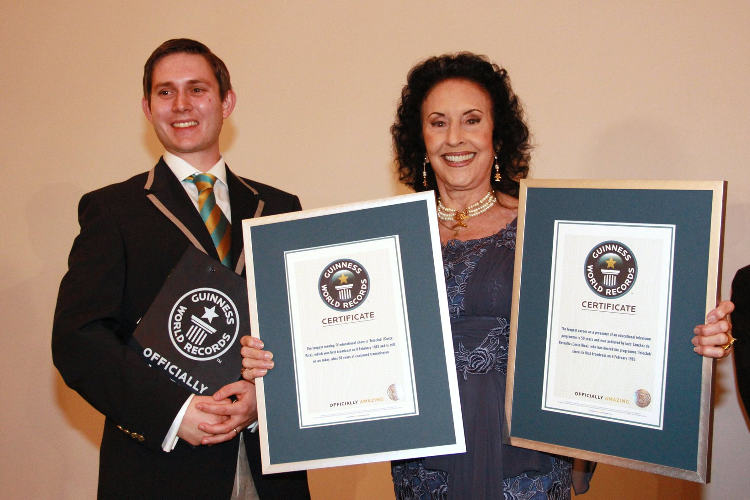 The friendly and happy face on Saturday television is more than an institution. Some even call Inés Sánchez de Revuelta a phenomenon.

The Cuban born journalist, naturalized Costa Rican,  has been on local television for the past 50 years with her television show, Teleclub.

The awards were given to Doña Inés by  Ralph Hannah, the Guinness World Records representative in Latin America, who travelled from London to Costa Rica to attend the ceremony Saturday night at the Intercontinental hotel.

The name of Ines Sanchez and the Teleclub are already part of the history, but not officially in the Guinness book until 2015, as the edition of 2014 and is closed.

TeleClub went on the air on February 8, 1963. The program was aimed at women, mainly housewives. Taking root on channel 4, it moved three channels up the dial, on Teletica’s channel 7, the moved down to Repretel’s channel 6 and even lower to channel 2, finding its home again on channel 4 in 2002 and the to channel 13 where it is currently.

On January 21, 2002, the program was interrepted until returning to air on May 9, when Doña Ines suffered a heart attack, keeping between life and death for months.