Costa Rican Company To Build In Nicaragua Road To Caribbean 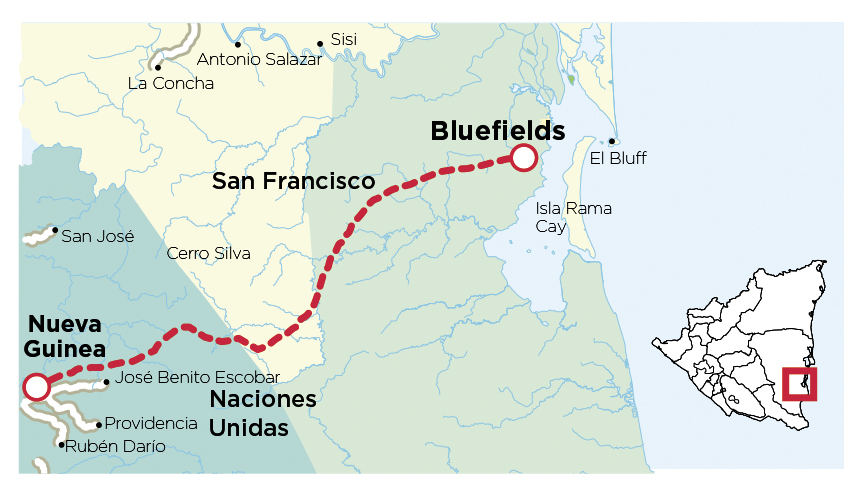 QCOSTARICA) With US$27 million dollars (717.1 millones de córdoba) in funding from the Banco Mundial (World Bank), Nicaragua’s Ministerio de Transporte e Infraestructura (MTI) has signed a contract with the Costa Rican company, MECO S.A. to build the road to that country’s Caribbean coast.

The construction of the 26.5 kilometre road from Bluefields to Santa Francisco de Nuveo Guinea, will start in August.

The road will be built with reinforced concrete in a project to last to years. Hampering the work is that the area receives rain nine or ten months a year. “We have experience in such work and hope to do it in the time stipulated,” Omar Jimenez, representative of Meco, told El Nuevo Diario.

According to the World Bank representative, Luis Constantino, the project will contribute to the economic development of the area.

“We think this road will create many opportunities for the Caribbean population and give them the same opportunities as the rest of the people of Nicaragua have. This is the most important project we are funding in Nicaragua right now, ” said Constantino.

For his part, the Minister of Finance (Ministerio de Hacienda y Crédito Público), Ivan Acosta, said the road project will not only benefit the social aspects of the Caribbean, but also increase competition and investment generation for the country.

The project will affect directly some 52.908 residents of the area.

HQ - The appearance of pests and diseases, in particular the 'dragón amarillo' (yellow dragon), the impact of the weather and a sharp drop...
Photos of Costa Rica

QCOSTARICA - In times of pandemic, things change constantly, especially when it is necessary to tighten the belt to reduce the contagion of covid-19. The...
Entertainment