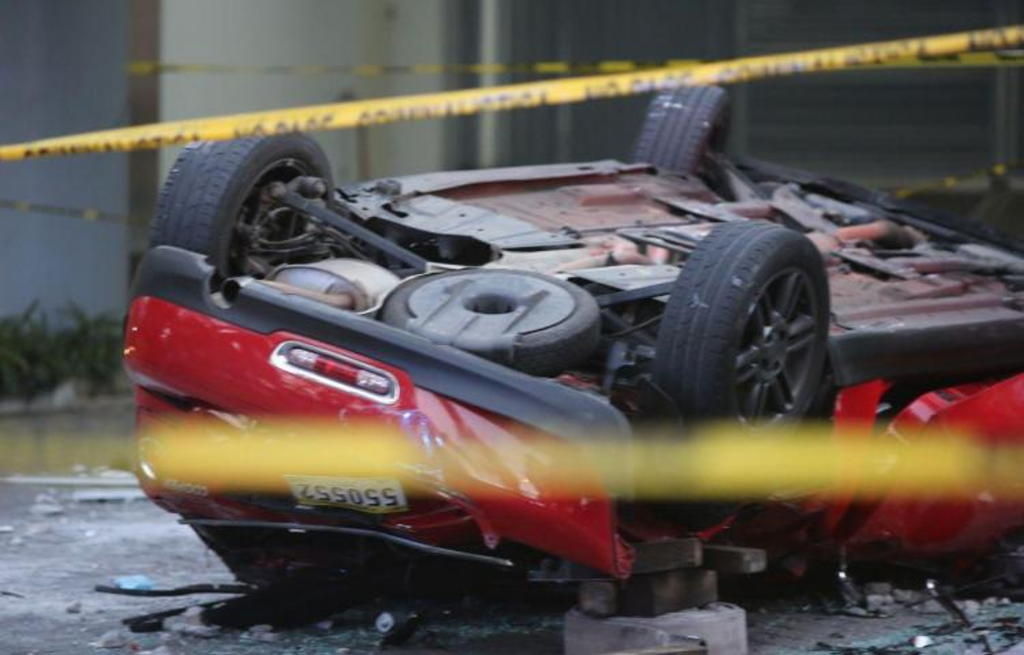 The Costa Rican, identified as 19-year-old Abel Sandí, died on Wednesday, March 28, 2018, in Panama in a very strange manner, when the car he was traveling with two friends and their father fell from the fourth floor parking lot of the PH Breeze building in Panama’s posh neighborhood of Costa de Este.

Panamanian authorities reported two others died in the accident that although is a traffic accident, is being investigated by the Homicide and Femicide section of Panama’s Ministerio Publico (MP).

“It is an unfortunate fact, it is a father who was traveling with his two daughters, one of them died and the other is in the hospital, the other one is a Costa Rican citizen (…) The investigation of this case is in process,” Baloyes explained in a video broadcast on the YouTube channel of the Panamanian Public Ministry.

The prosecutor also explained that they are evaluating the mechanical part of the vehicle, a red Mini Cooper because although it would be a traffic accident, the investigation can establish the exact cause of the event. Also, the structure of the building in which the accident occurred is being analyzed.

The newspaper El Siglo mentioned reported that, unofficially, the Murillos lived in the building. The La Estrella Panama de Panama says the Murillos were Venezuelan nationals living in Panama. Today Panama reports the car had been a graduation gift by Paola’s father two weeks ago.

“It is an unfortunate fact, it is a father who was traveling with his two daughters, one of them died and the other is in the hospital, the other one is a Costa Rican citizen (…) The investigation of this case is in the process,” Baloyes explained in a video broadcast on the Panamanian Public Ministry’s YouTube channel.

Panama city’s mayor, José Isabel Blandón, said on Twitter that “they will thoroughly investigate the security conditions in that building and will coordinate inter-institutionally to review current regulations.”

“Very sad the accidents occurred today in Costa del Este and San Miguelito, our thoughts and prayers with the victims and their families,” wrote Panama’s president, Juan Carlos Varela.

On Thursday, the Ministerio Publico confirmed the remains were delivered to the relatives of the victims.