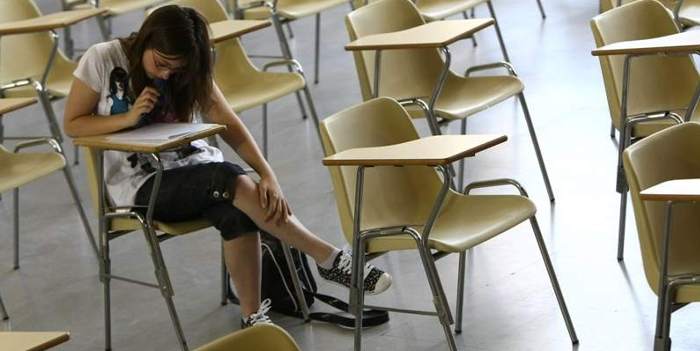 National Liberation Party Presidential candidate Johnny Araya floated a controversial plan to eliminate the much hated “bachillerato” test requirement for those who do not intend to go on to higher education.

Those who opt out of the test would receive certificates showing they had completed high school.

The first big educational reform in a quarter century is bound to create a firestorm of discussion. Araya’s reform would likely change hiring requirements for hundreds of jobs in both private and public organizations. 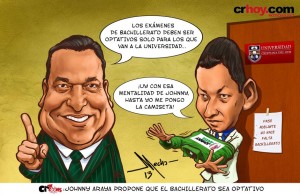 Analysis: The test has long been a stumbling block for those intending to obtain a college diploma. Hundreds take the tests each year and some have to take certain sections, most often math and science, over again to obtain the coveted bachillerato.

Many public institutions and private businesses require the title to even talk with applicants about entry level employment. The tests were instituted in 1988 by then-Education Minister Francisco Antonio Pacheco. Since instituted, 574,888 student have graduated from high school with the title while another 101,464 received a lesser technical title.

Pressure on the students in the tests is as fierce as with U.S. students taking the P-SAT. Undoubtedly, those who cannot take the pressure and “freeze up” are penalized. On the other hand, the test result offer the Education Ministry with a measure of where their process is weakest.

The Araya plan has yet to be examined by the ministry’s own technical departments and the powerful teacher’s unions have not weighed in on it but already it is a political hot potato, especially with current Education Minister Leonardo Garnier who belongs to Araya’s party.

Garnier refused to comment on the proposal. Ex-minister Pacheco understandably was critical of the Araya plan but cautiously so. But there is no doubt that Araya’s proposal is politically risky and opens himself up to the fury of educational traditionalists.

Already he has received a blast from Beatrix Ferreto, president of the high school teachers association who said, “The enormous majority of educators has ceased to believe in the promises of National Liberation any more…If the bachillerato is eliminated we don’t look badly on it but it should be total.”

Only 69.8% of those taking the test in 2012 passed all parts of it. Although Isabel Roman, director of the State of Education Program said, if the Araya program were adopted it should be after exhaustive study. But Araya said he would put the program in action during his fist year in office, if elected.

It is difficult to understand the political advantage Araya sees in making such a proposal. It certainly shows that he is not afraid to break new ground but whether this would be a step backward or forward is not easy for the average citizen to decide.

QCOSTARICA - The second week of September started with...
Infrastructure