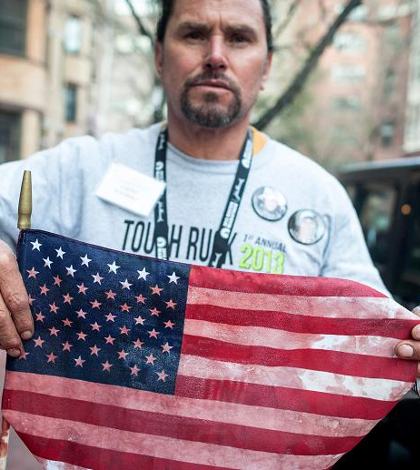 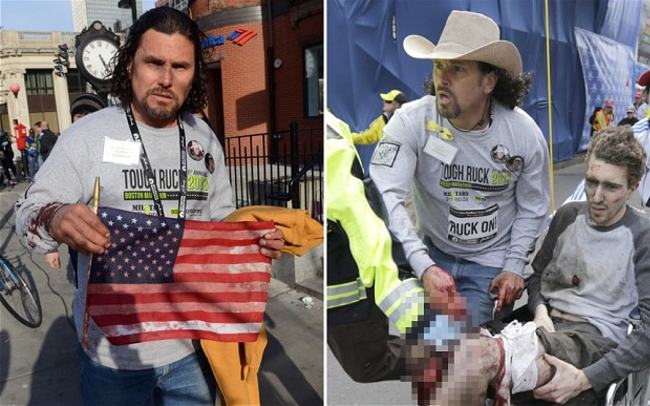 Costa Rica’s Carlos Arredondo is being hailed a hero for his efforts during the Boston Marathon attack, as the cowboy-hatted peace campaigner and bereaved father Carlos, was a person even more extraordinary than usual.

The 52-year-old Costa Rican immigrant is visible in a series of photos and videos taken immediately after the twin blasts near the finish line. The distinctive, long-haired figure sprints across the street to tear away fencing and scaffolding to reach victims. Reports said he used his clothes and towels to try to staunch bleeding.

In one graphic photograph, Arredondo can be seen seemingly pinching shut the end of an artery on the part-severed leg of a man being carried away in a wheelchair. “I kept talking to him. I kept saying: ‘Stay with me, stay with me,'” Arredondo told the newspaper Maine Today. 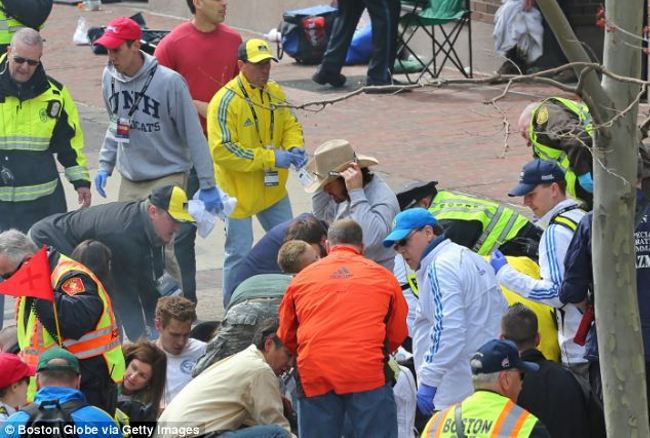 It emerged on Tuesday that the man in the wheelchair later had to have both legs removed. Jeff Bauman, 27 had a double amputation at Boston Medical Centre. He had come to see his girlfriend run.

Arredondo’s story appears equally dramatic and harrowing. He was reportedly waiting at the finish to greet a runner, who was competing in the race in memory of his son Alexander Arredondo, a lance corporal in the US marines who was killed by a sniper in 2004 in Iraq. Carlos, a self-employed handyman, reacted to his son’s death by setting fire to himself inside a van, suffering severe burns. He subsequently became a peace campaigner, in part in remembrance of his son.

A 2007 New York Times story recounted how Arredondo took a pickup truck around the country, carrying a flag-draped coffin and photos and mementos of Alexander, including a football and his Winnie the Pooh toy. “As long as there are marines fighting and dying in Iraq, I’m going to share my mourning with the American people,” he told the paper. 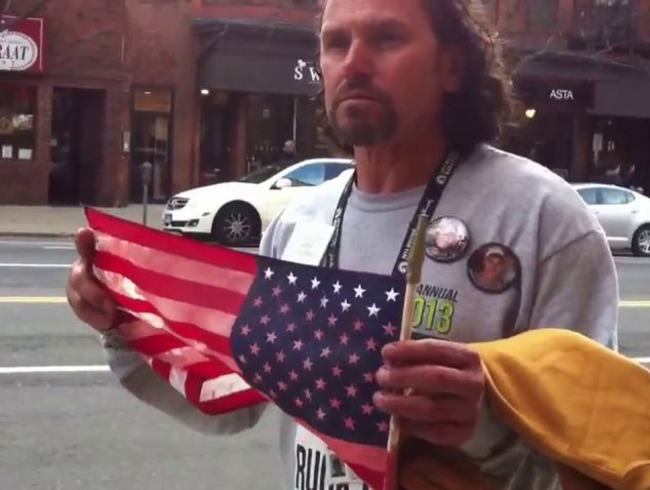 In December 2011, Alexander’s younger brother Brian, then 24, who had become depressed after the first family tragedy and begun using drugs, killed himself.

Video footage after the blasts shows Arredondo, gripping a small blood-soaked American flag, shaking in shock as he describes the scene to people on the street. He said the apparent cause of the blast was an improvised explosive device.

With files from The Guardian

We are all mentally exhausted by sitting in our...
Crime