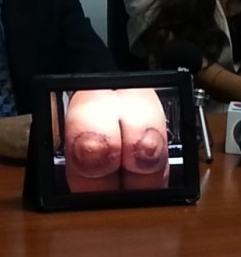 The Ombudsman is demanding at the Ministerio de Salud (Ministry of Health) require “extreme measures” against aesthetic clinics.

Ofelia Taitelbaum said she has met with officials of Health and representatives of the College of Physicians in order to establish the necessary measures to regulate aesthetic clinics.

While the Ombudsman calls for action the Ministry of Health and the College of Physicians are urging Legislators to approve a bill would improve the control of its members.

“Our goal is to have the reform in the legislature before May 1”, said Marino Ramirez, president of the College of Physicians.

Currently, the fine for minor breaches of the “Mora Code of Medical Ethics” is ¢200.000 colones or a warning. The reform would set fines from ¢800.000 to eight million colones.

- Advertisement -
Paying the bills
Previous articleCosta Rican Hailed As Hero for Boston Marathon Rescue Efforts
Next articleQToons: In A Galaxy Far, Far Away…

RICO's DIGEST - "I heard" is a term often...
Investing In Costa Rica