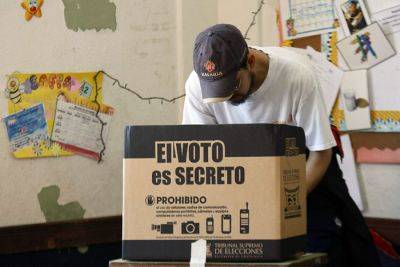 A total of 3,066,087 Costa Ricans have been formally called on to elect a new president and 57 legislators in the February 2014 elections.

The main enemy of the electoral process is abstention. Analysts say the figure could be the highest ever seen and for such, both the president of the TSE, Luis Antion Sobrado and Presidenta, Laura Chinchilla, are calling on all Costa Ricans to not abstain from voting.

“Our duty as an institution is to listen to Costa Ricans, even those who speak in their silence,” said the president of the TSE, on the topic of voter abstention.

In his speech, Sobrado called on voters to exercise their right with “prudence and wisdom”.

The TSE confirmed that October 18 is the deadline for the registraion of all presidential candidates.

Presidential elections in Costa Rica are held every four years, usually the first Sunday in February and the newly elected president and Legislators take office at the beginning of May. For the 2014 elections, for the first time Costa Ricans living abroad are able to vote.