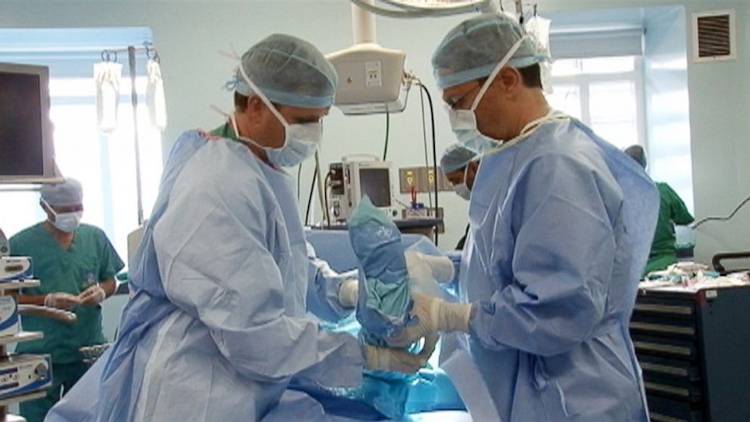 Businesses save money by sending employees overseas for their health needs.

Joy Guion was boarding a plane for the first time to fly from her native North Carolina to Costa Rica, a sun-soaked tourism hot spot where she would stay in a four-star hotel with a personal concierge and a local driver.

But the 39-year-old utility worker from Hickory, N.C., wasn’t going to Costa Rica for vacation. At 5-foot-9 and 283 pounds, Guion has “severe chronic obesity” and a family history of diabetes and heart disease, and she was headed to a Costa Rican hospital for weight loss surgery.

Gary Harwell, a 65-year-old retired manager who used to work at the same plant as Guion, accompanied her on the trip to Costa Rica. He was getting a knee replacement at the same private hospital, Hospital Clinica Biblica.

And neither will have to pay a dime for treatment. Travel expenses, surgeries and post-op recovery are all being covered by the company they work for.

Guion and Harwell work for HSM, a furniture and auto parts manufacturer in western North Carolina. The company gave Guion a choice for this surgery: Pay a co-pay in the U.S. or outsource the procedure abroad for free.

“Nothing out of my pocket,” Guion said.

She and Harwell are among a growing wave of Americans frustrated by the rising costs of the U.S. health care system and heading abroad for medical procedures. Nearly one million Americans go overseas for procedures every year, according to the U.S. Centers for Disease Control and Prevention.

There is even a Medical Tourism Association — its core mission of providing transparent education and awareness about top-of-the-line procedures and treatments at affordable prices.

Even with their insurance, both Harwell and Guion said each would have paid $3,000 out of pocket in the U.S. — an amount Guion said she wouldn’t have been able to afford. But in Costa Rica, they both pay nothing — their company picks up the bill.

In the end, HSM said it saves money. Outsourcing medical care has saved it nearly $10 million in health care costs over the past five years, according to the company. Close to 250 of its employees have traveled abroad so far for medical care, and more are scheduled to go.

In the United States, Harwell’s knee replacement would have cost more than $50,000. In Costa Rica, it costs half that amount at $23,531. In North Carolina, Guion’s gastric sleeve surgery would have cost about $30,000, but in Costa Rice, it comes to $17,386. Both were placed in pristine rooms in state-of-the-art hospitals.

And when the bandages come off, both will get a bonus check for at least $2,500 from their company, a percentage of the corporate savings in insurance costs.

While it all sounds too good to be true, medical experts cautioned that there are serious concerns about “medical tourism” and having procedures done overseas. Glenn Cohen, co-director of the Petrie-Flom Center for Health Law Policy at Harvard University, said there is a risk of complications after post-op and said there have been documented cases of people dying or developing infections after having surgeries in foreign countries.

“There have been reported cases of people bringing back multi-drug resistant organisms, for example, from India and Sweden,” Cohen said. “There are real problems if you have to sue for medical malpractice because the tort occurred abroad, and there could be real difficulties in translation or the quality of the documents you can bring back, which may make it more difficulty to get good follow-up care back in the U.S.”

But despite that, Guion and Harwell said they did their research and decided the benefits outweighed the potential risks. Harwell’s Costa Rican surgeon, Dr. Oscar Oeding, earned his medical degree in Latin America and received additional training in the U.S at Cornell.

Afterwards, neither had complications during their surgeries and both spent the next several days recuperating at their resort hotel with daily visits from a nurse and physical therapist. Then they will fly back home to North Carolina for further post-op care — all of which is covered by HSM.

In thinking about the experience, Guion became emotional because she said she was relieved she can afford the health care she needs, instead of being overwhelmed by it.