QCOSTARICA – The “Cuesta de Enero” (January uphill) is a term use in Costa Rica for the crunch that follows the Christmas shopping season, many turning to pawn shops (Compras y Ventas, in Spanish) as a contingency measure to address their financial commitments.

Given that the first salary is not due until January 15, the big screen television purchase during the 2014 World Cup or Black Friday can be a source for after Christmas quick cash.

La Cueva, one of the largest pawn shop chains reports the greatest flow of customers during the month of January.

“After Christmas we see a significant increase in customers that is expected to continue this year, given than in 2014 Costa Ricans spent more than necessary due to the brilliant performance by the national (soccer) team in the World Cup in Brazil and the deals offered by merchants,” Norman Moya, La Cueva general manager told La Republica.

The Compras y Ventas work as a fast credit source, the applicant leaving behind collateral for a fist full of cash. Among the items put for collateral are flat screens, computers, cellular phones and jewellery, held by the pawnshop until the short term loan is repaid.

Many use the loan to pay utility bills, make car payments, the Marchamo, taxes, and so on, as well to face the many expenses associated with the start of the school year that begins in February, such as uniforms, books and supplies.

This January is not unlike past Januarys, every year the cycle repeating.

Whatever the reason, the loans easy to get, but not cheap. The typical monthly charge on the small loan is 5% on items value over ¢100.000 colones (US$185) and 10% for items valued below.

Many decide to turn to pawn shops rather than the local bank or credit union, for the simple process of turning an item into cash: the borrower brings in the item, a loan value and terms and conditions established, the borrower walks out with cash with the promise to make prompt payments of interest and return for the goods within 90 days. If the borrower doesn’t return for the goods, and no extension is granted or there has been a default in payments, the pawn shop can legally then sell the goods.

The compras y ventas has also shed its past of trading in stolen goods. Stories of people being offered two price tiers: one of merchandise that would be reclaimed, another for merchandise, typically stolen, that would be abandoned, in that the borrower had no interest in ever returning for it or even making the interest payments.

Today, however, the compras y ventas has come out of the sleazyness and with storefront locations in mainstream retail corridors.

Borrowers now have to present proper identification and prove of their legal ownership of the goods, interest payments are made in advance, and the claim receipt is not transferable (the original borrower, with ID, can only make a claim for the goods). Pawnshops are also obligated to take good care of the goods (with the exception of deterioration) and loans can only be for up 90 days at a time. 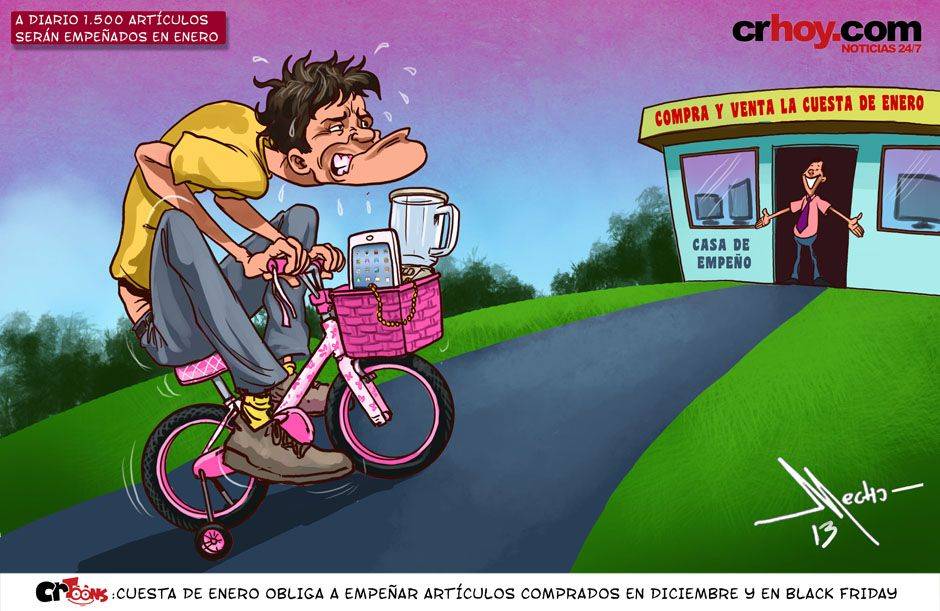 TODAY NICARAGUA – The vice president of Nicaragua and First Lady, Rosario Murillo, assured that those who feel persecuted are for the crimes they...
Business

QCOSTARICA - No doubt, vaccines are one of the most powerful tools to maintain control of Covid-19, but when it comes to entire populations,...
Expat Focus

QCOSTARICA - The President of Costa Rica, Carlos Alvarado, described the persecution of Nicaragua President Daniel Ortega against opponents as reprehensible after the government...
Politics

QCOSTARICA - A moderate decline in new cases for the third consecutive week allowed the hospital system to avoid the dreaded collapse and rapid...
Rico's Digest