Costa Rica’s biodiverse Osa Peninsula on the verge of collapse 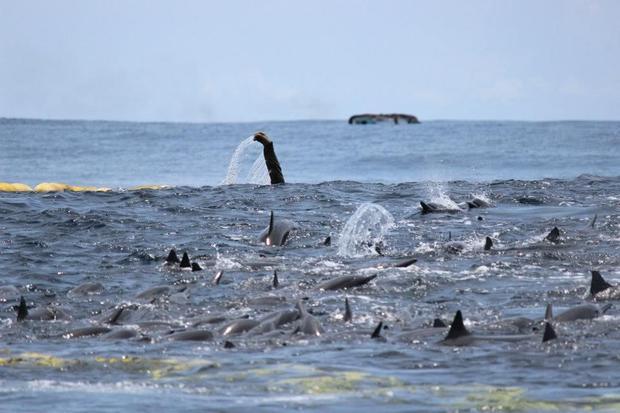 (Digital Journal) The Osa Peninsula, on the South Pacific side of Costa Rica is one of the most biologically intense places on Earth. But overfishing is depleting its resources, says Sierra Goodman, an advocate pushing to turn Osa into a Marine Protected Area (MPA).

With its reputation for being one the greenest countries in the world, Costa Rica is way ahead of other nations. Ecotourism and environmental protection drives both public and business policy and the country is “a leader in the field of ecotourism,” boasts Lapa Rios.com, one of Costa Rica’s top eco-resorts.

However, Sierra Goodman, a resident who lives in Drake Bay, says that the country is failing to protect one of its greatest assets, the ocean. In particular she says, the Osa Peninsula, where overfishing, illegal fishing and the methods used to fish for shrimp and tuna, are destroying a habitat rich and diverse in wildlife.

“From the changes I have seen in my 16 years here, the turtles and dolphins won’t survive another 16 years,” Goodman told Digital Journal, “probably not even ten.”

Situated off the coast of Costa Rica in the South Pacific, the Costa Rican Thermal Convection Dome is one of the most biodiverse regions in the world. As the only constant dome on earth, its shallow warm water that lays atop of low-oxygen cold water create the perfect ecosystem for marine life. It attracts them in abundance. Whales, dolphins, tuna, turtles and countless other species visit the area year round to breed and feed, and they are being killed en masse.