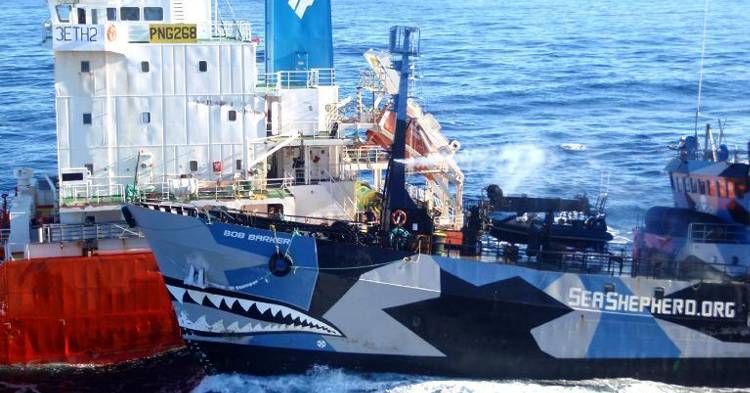 (AFP) – Fugitive eco-activist Paul Watson said Wednesday that green warriors were being classed as “terrorists” and accused Japan of coercing other countries into making demands for his arrest. 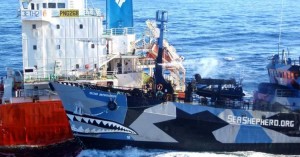 The Canadian-born founder of Sea Shepherd, a marine conservation organization, arrived in California on October 28, more than a year after fleeing arrest in Germany.

Watson, 62, who holds twin US and Canadian nationality, said he is in talks to be able to stay in France as he can expect a fair trial in the country.

Japanese authorities are seeking his extradition and describe methods used by Watson’s Sea Shepherd society against whaling ships — for example blocking the boats’ propellers — as “terrorist”.

“I figure on Interpol’s Red List initially at the demand of Japan, Germany and Costa Rica,” he told France’s Le Monde daily, adding that the last two nations had since dropped the request.

“I don’t understand why I find myself listed alongside assassins and terrorists just because I want to save some whales,” the former Greenpeace activist said.

“Environmental activists are the new enemies. In Canada, they are viewed as potential terrorists. In the United States, the FBI has placed them along with Al-Qaeda and animal-rights activists as the biggest domestic terrorist threats.”

Sea Shepherd, founded in 1977, has chased the Japanese fleet hunting whales off Antarctica for several years in a bid to stop the animals being slaughtered.

Japan says it conducts vital scientific research using a loophole in an international ban on whaling, but makes no secret of the fact that the mammals ultimately end up as food.

Watson was arrested in May last year in Frankfurt on a warrant from Costa Rica, where he is wanted on charges stemming from a high-seas confrontation over shark finning in 2002.

“I know that Costa Rica demanded my arrest just 10 days after its president met the Japanese prime minister,” he told the newspaper, adding that they had revived a case that went back a decade.

Watson said he was in talks to seek refuge in France, the only country apart from the United States where he said he expects a fair trial.

“I am not saying ‘Don’t extradite me to Japan’. I just want to have the right to explain my stand. My lawyer… is very hopeful that France will agree to let me in.

“We have had a lot of support and more than 100,000 people have signed a petition so that I can come,” he said.

The Australian arm of Sea Shepherd is ready to set sail again on December 1 to disrupt the Japanese whalers.

“If we don’t save the seas, we will not be able to save ourselves,” he said. “If the ocean dies, we will die. That is my sole message.”