Costa Rica’s Constitutional Court or Sala IV, as it is commonly referred to, recognized its error in rejecting an appeal against the State for failure to approve In-Vitro Fertilization (IVF). 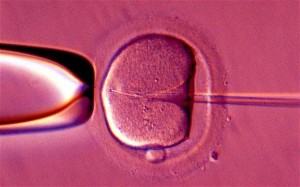 The Court says it annulled the judgement issued on Tuesday in which it flatly rejected an “amparo” (appeal) against the State for failing to pass the law that regulates IVF in the country.

Through a statement to the press, the Sala IV, explained that an administrative error was made in recording the Court vote, which in fact was actually just a discussion.

After a “preliminary investigation”, the judges found that “a mistake was made by a court officer, adding to the draft document the judge’s electronic signature”, said the press statement.

The news came as a surprise to the lawyer for the couples suing the state, Boris Molina, who called error “outrageous” in that the Court could make this type of mistake in such an important case.

Molina told the press, he hopes that the judges will expand the scope of the initial ruling, otherwise it would be “disastrous” for the couples involved.

In the press statement, the Sala IV said the appeal, along with two others, will have a “final decision” in February.

Q REPORTS (Council on Foreign Affairs) Democracy is being destroyed in Nicaragua. This has been the long-term project of Daniel Ortega, the country’s dictator,...
El Salvador

Q TRAVEL - Travelers from the European Union or third countries, including Costa Rica, who have fully been vaccinated, will now be able to...
Quepos