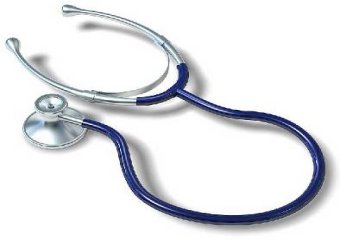 COSTA RICA NEWS – Why have grassroots health officials going door to door in San Pablo de Barva, Heredia, had to be armed with pepper spray? Because they have found themselves targets of crooks bent on robbing them and vicious dogs.

These health technicians work out of the Ebais, the neighborhood health clinics, some of which are in rough neighborhoods. They are the ones with their fingers on the pulse of the country to find out where health needs are. Their findings are partly why this country has a remarkable longevity and a fine heath record.

They work mostly in poverty stricken neighborhoods alongside crime elements who do not care that they are there to aid the poorest elements of society. To the young criminal they are merely a source of stolen goods like cell phones and cash to buy drugs.

La Nacion‘s report Wednesday noted that some misguided individuals, probably paranoid victims of past home invasions or at least burglaries, loose their guard dogs on the hapless technicians. Many of these poor communities are “bedroom” areas without significant commercial or industrial jobs available.

But the information they gather is of vital importance for the Social Security (Caja) universal health care services and Health Ministry planning. It means that gaps in health care coverage can be identified, plugged and trends monitored.

Some of these communities are densely populated — San Pablo de Heredia, for example, contains some 30,000 persons. According to the Caja, there are all told 1,100 such technicians working out the the Ebais clinics. In Barva, for example, a technician is expected to visit 40 homes per day.

But Marco Herrera, coordinator for the program, says that in Barva they can visit only 10 homes daily. They spend some 30 minutes per home, asking about the residents’ health, taking blood pressure and testing the vaginal areas of women for venereal diseases.

In such neighborhoods as San Sebastian, La Carpio and Leon XIII, administered by the private Clinic Biblica, the technicians run serious risks of being assaulted by armed thugs. But according to Rodolfo Garbanzo, Biblica’s doctor in charge of the hospital’s technical program, the personnel are sent during the least dangerous portions of the day.

So far, Biblica’s personnel have encountered no serious problems but violence is a sword of Damacles hanging over them. Carmen Loaiza, a Caja nurse, says that the work is so important that they must not let the risks prevent them from visiting homes.

“We tell them to visit slums, and the population at risk because there are children, diabetics, domestic violence… They have to organize their visits in teams because going in groups means less risk of being attacked and injured,” she told La Nacion.

But it is in those slums and poor neighborhoods that one finds the most grave health problems. Historically, in the Middle Ages for example, communicable diseases spread like wildfire among among crowded living conditions. Even today, venereal disease and such sickness as dengue tend to cluster in those areas.

The work done by these technicians is truly heroic.

There are many legal ways to make money in...
Economy