Costa Rica’s immigration service will be keeping a vigilant eye on companies that hire illegals. This after a case reported last week, where a company in Guanacaste was found to have 600 illegals employed. 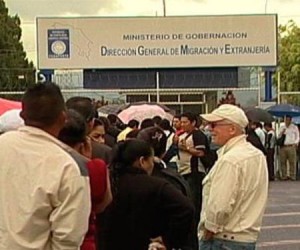 The company (the name was not released to the press) located in La Cruz, Gunacaste, was found that it not only did not pay the illegal employess the required minimum wage, but also found them in overcrowded working conditions, working up to 14 hours a  day, seven days a week.

The question being asked by immigration officials, how many more workers are in a similar situation prompted a co-ordinated effort between immigration officials and the Ministry of Labour to uncover other employers hiring illegals and forcing them in slave working conditions.

The plan also includes a co-ordination with Nicaragua’s embassy in Costa Rica, since the majority of the illegal workers are from that country.

QCOSTARICA - On Monday, the Organismo de Investigacion Judicial (OIJ) moved to the raid, seize and arrest of their investigation into corruption of public...
Redaqted