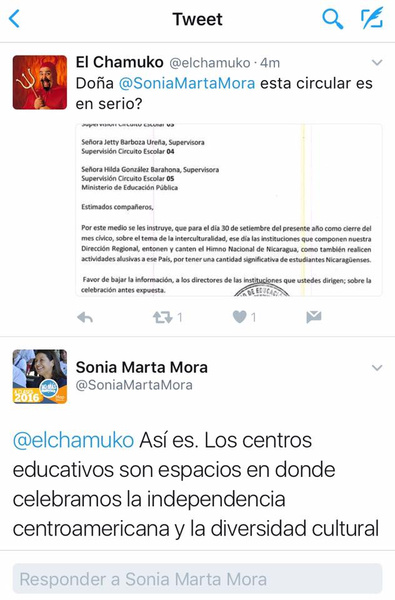 QCOSTARICA – This has to be a first for Costa Rica, the Ministry of Public Education (MEP) ordering the singing of a foreign national anthem in public schools.

At first it was thought to be a joke, but it turns out to be true.

In a ‘circular’ dated September 15, the Ministra de Educación Publica, Sonia Marta Mora, tells school supervisors that on the last day of the month they are to play the national anthem of Nicaragua in all schools.

Minister Mora justified it by saying the act “closes the civic month alluding that it is a month of celebration of the independence of all Central America.”

EL Chamuko asks, “is this circular serious?” The minister responded in the affirmative.

Minister Mora added that foreign school children, referring to the large Nicaraguan student population in the Costa Rica school system, should also lead to recognize their own national symbols.

But, here is the tico bull: despite the minister’s insistence that September is the month independence of not only Costa Rica, but of all Central America, school children will not be singing the hymns of the other countries in the region – Guatemala, Honduras and El Salvador, that along with Nicaragua and Costa Rica that celebrate their independence from Spain. 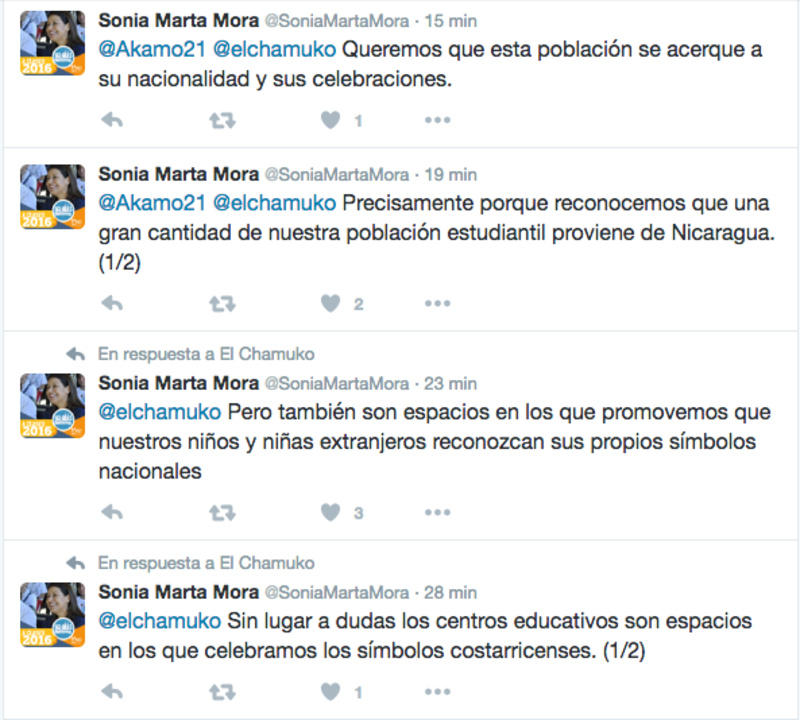