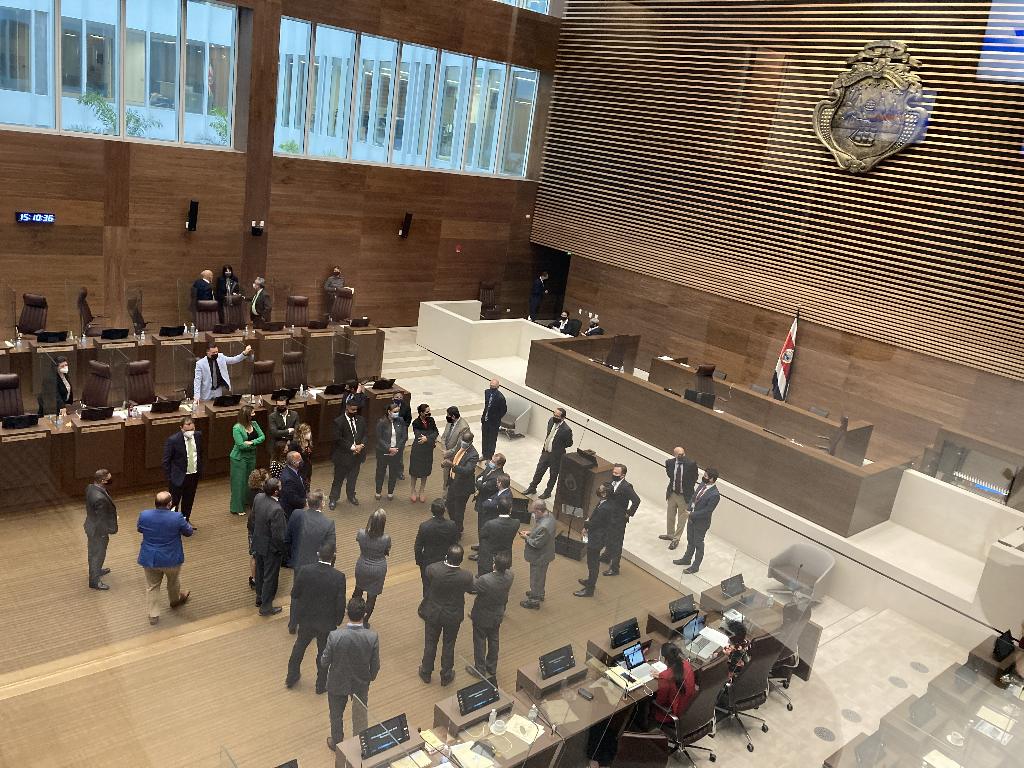 QCOSTARICA – After six and a half hours of discussion on the Legislative floor, Eduardo Cruickshank, chairman of the Legislative Assembly, suddenly stopped the session to alert legislators of an outbreak of COVID-19 cases.

According to the Legislative Assembly doctor, Walter Rodríguez, the number of officials with a sanitary isolation order amounts to at least 44 people and could be as high as 50.

The alert generated a lot of anxiety among the parliamentarians, for two reasons: first because many have feared, for days, being infected with the coronavirus and, second, because a congressional bloc pressed so that the bill to reduce the payment of the Marchamo be second to last on today’s agenda.

Invaded by fears of a further spread of the outbreak presented in the new legislative building, Cruickshank called off the sessions scheduled for this Friday and next Monday.

In addition, Cruickshank announced the closure of the new building, which will remain closed until next Tuesday.

“We have had to make the difficult decision to close for a few days, from Friday to Monday, the new Congress building because, as a result of the transfer (last week from the old building ), we had a series of infections that are close to 50 cases and not to expose the staff and legislators, we are going to proceed with a thorough sanitization of all areas and the hope of being able to return to the facilities as of Tuesday, to carry out the pending bills that the country is requiring,”, said Cruickshank.

The deputies, before adjourning the session, scheduled that next Tuesday the plan to reduce the cost of the label will be discussed with the highest of priority.