Costa Rica’s No Smoking Law No Joke: 44 Fined For Smoking At Zapote Fair 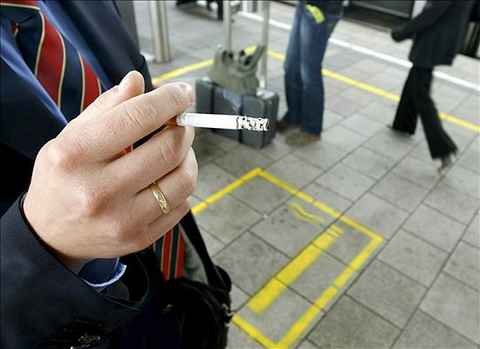 QCOSTARICA – Many take for granted the no-smoking in public places law, some even think it a joke, but some 44 visitors to the Zapote Fair are not amuzed.

They were caught puffing away on fairgrounds and face a ¢60.000 (US$110) fine issued by Health officials.

The no smoking law that went into effect in March 2012, also bans smoking on buses, taxis, work places, including granting no exceptions (no separate smoking areas are permitted.

The law also requires cigarette packs to display text and photo warnings on at least 50 percent of packaging, introduced a 20 colones tax per cigarette and prohibits any form of tobacco advertising, the use of misleading terms such as “light” or “milds” and the sale of small packages or individual cigarettes (setting a minimum of 20 cigarettes per package).

Compliance with the law has been surprisingly high and smoking has disappeared in banned areas. Several programs and promotional campaigns have been started by the government and private institutions to promote quitting smoking, with very positive results.

QCOSTARICA - The emergency due to the rains that...
Guanacaste