Costa Rica’s Postal Codes. Yes, The Country Has A Postal Code System. Believe Me, It Does. 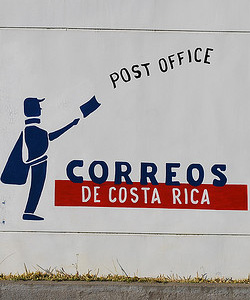 TICO BULL – Have you ever found yourself filling out an online form with your Costa Rica address, and not knowing what to do when you get to the “postal code”?

Not to worry any more, herein lies the answer.

First, heard to believe, but, yes, Costa Rica does have postal codes. The Correo de Costa Rica (post office) which for the most part delivers no mail, established a 5 digit code for all areas within the 7 provinces.

The system has been around since 2007.

The first digit denotes one of the seven provinces, the 2nd and 3rd refer to the 81 cantons, the 4th and 5th the 473 districts. The numbers are the same as used by the Instituto Nacional de Estadística y Censos (INEC) – national census and statistics bureau – and the Tribunal Supremo de Elecciones (TSE).

Under this system, the postal code gives an area instead of pinpointing a particular address or city block, like that used in Canada. For that it would require streets to have names (they do), but more imporant, to have signs with the street names (some do).

But, what good if a postal code when there is no mail delivery expect for a few, very few, parts of the country? And when the mail system is not used?

To fill out the online forms, what else?

Use the comment section below to tell you experience on the Costa Rica mail service.

- Advertisement -
Paying the bills
Previous articleBogota Airport Officials Involved in Crime Ring
Next articleTicos Shipped Cocaine In Boxes of Yuca and Pineapple To The Italian Mafia in The U.S. and Europe

QCOSTARICA - The second week of September started with...
Front Page