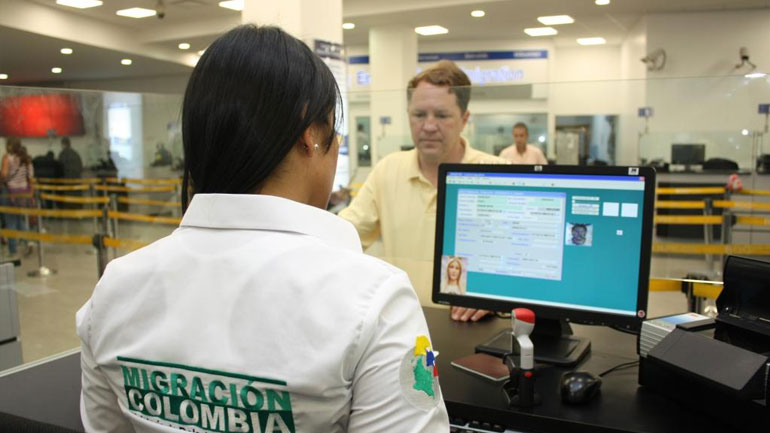 The alleged illegal activities carried out by airport officials include human trafficking, bribery, and the falsification of travel documents.

Up to 50 members of the migration authority at the El Dorado International Airport in Bogota could be arrested for clearing background checks, falsifying travel documents and officiating stamps and seals in exchange for large sums of money ranging from $300,000 to $5 million.

Immigration director Christian Kruger said that the criminal migration and customs ring implicates officials from his own office, and that of the National Police and tax office DIAN.

The Prosecutor General’s Office and the migration agency began a joint investigation into the involvement of public officials in such crimes more than a year and a half ago after the US State Department complained of the illegal departure of persons from Colombia.

At the end of August, the investigation resulted in the arrest of five officials and one Colombian Migration supervisor for falsifying documents, erasing records, facilitating the exit of passengers who had criminal records or were drug traffickers, laundering money and allowing for crime evasion of persons with legal cases.

“When we captured these persons, they began to give more information in order to benefit from all of the principles that the criminal law entails, and with this basis we continue working in a coordinated manner to find the involved persons providing these illegal services,” Kruger declared.

- Advertisement -
Paying the bills
Previous articleWhat’s Behind Grenade Attacks Against Venezuela Police?
Next articleCosta Rica’s Postal Codes. Yes, The Country Has A Postal Code System. Believe Me, It Does.