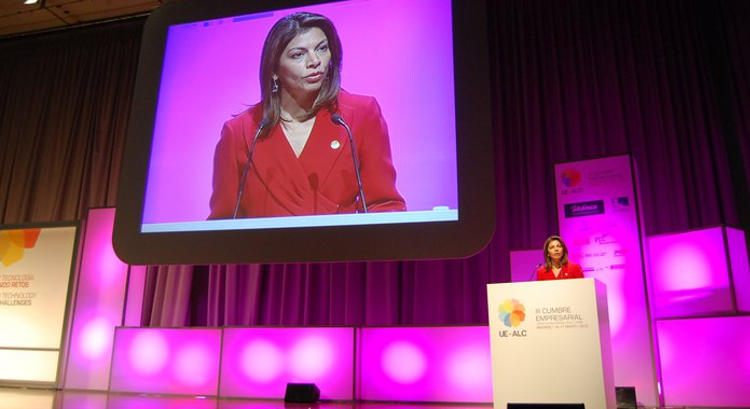 At exactly 100 days to go to the end of her term, Presidenta Laura Chinchilla, said her goodbyes to fellow participants of the II Cumbre de la Comunidad de Estados Latinoamericanos y Caribeños (CELAC) in Cuba.

While at home there is an uncertainty to the outcome of the elections on Sunday, Doña Laura told the 31 leaders present in Havana, that Costa Rica’s next presient will continue to seek “smart integration”.

The Presidenta, in her speech, did not touch controversial issues such as the trade embargo against Cuba, the one-party rule and human rights in the island country, rather praised the diversity of the CELAC, and promised her successor will keep supporting the group, given that Costa Rica is the CELAC’s voice for the year, starting today. 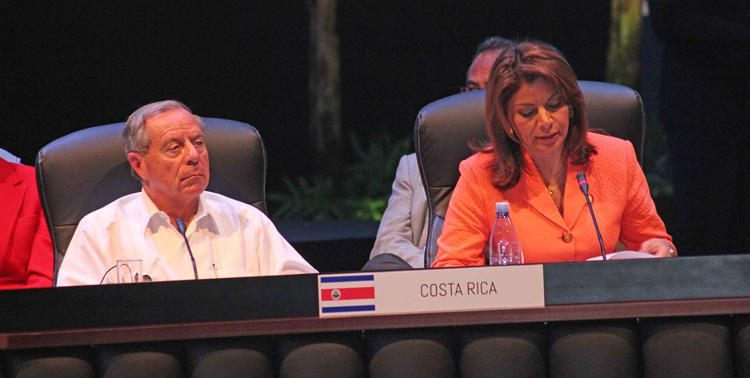 “On May 8, I will hand over the presidential sash to my successor. I do not know who it will be, but I know that he will have the same open dialogue and intelligent integration with the nations of Latin America and the Caribbean”, said Chinchilla.

Doña Larua said that promoting the CELAC will be a priority of her foreign policy during the next 100 days, without losing focus on domestic issues, such as the roads network.

During this second meeting of the CELAC, imporant statements were made, particularly proclaiming the region as a zone for peace and free of nuclear weapons. 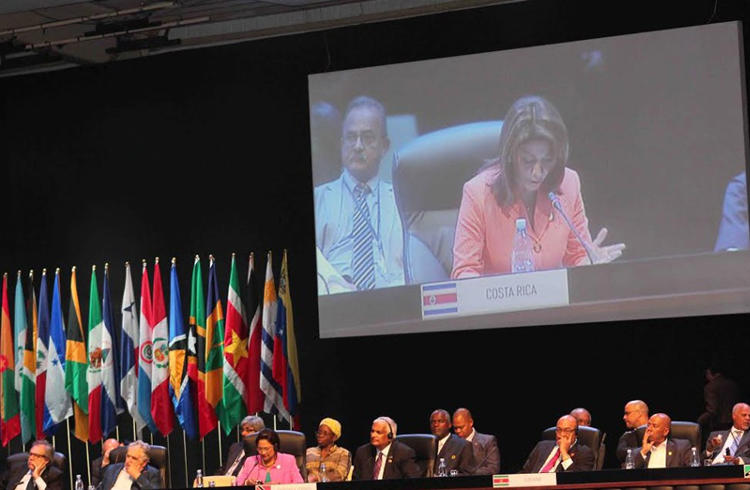 Such agreement is transcendental when there are still bilateral conflicts in the region, which in case, for example of Chile and Peru, Nicaragua and Colombia, and Costa Rica and Nicaragua, with claims before, the International Court of Justice over a territorial dispute.

The summit also touched on the peace process that the government of Juan Manuel Santos and the Revolutionary Armed Forces of Colombia-People’s Army (FARC-EP) that have been negotiating a peace accord for more than one year in Havana.

Before the closing of the summit, Cuba will hand over the pro tempore presidency to Costa Rica,

From here to the 3rd CELAC Summit in San José later this year.

QCOSTARICA - After years of deterioration and antiquity, work...
Nicaragua