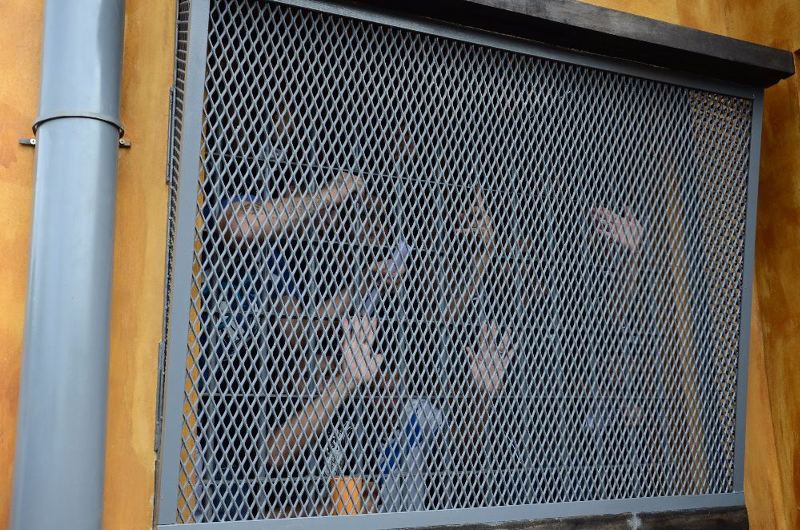 QCOSTARICA – For some in Costa Rica going to prison is nothing more than changing “office” location, so to speak, since despite being convicted of crimes they don’t yield control of their criminal enterprises to crimes from behind bars.

A recent case is that of “Gordo Leo” (Fat Leo), who from behind the walls of the maximum security prison in Costa Rica, La Reforma, continued to run his drug trafficking empire in the Greater Metropolitan Area (GAM) of San Jose.

Others are known to run their telephone scams on the outside world, from inside the prison.

“Despite the controls, the constant searches and constant observation, there are those who manage from within the prison to maintain contact with the outside, to give orders and mange their activities,” said Reynaldo Villalobos, director of Adaptacion Social (Costa Rica’s prison system).

“Prison is a community. Some members of this community have improper conduct and thus have greater restrictions,” said Villalobos, in explaining that it is all a matter of attitude displayed in judgement of how they will be treated.

The director explained that inmates will conduct themselves properly within the system to obtain lesser restrictions and controls, like the use of public telephones and take advantage of guards.

Data from the Ministerio de Justicia indicates that the prison population in the country is 18,883 prisoners (as at October 28, 2015), of which 2,907 are in La Reforma.

Some say the prisons in the country are more a “university for crime”.

Villalobos says that that is the popular belief, but is relative because a person will learn what they want and rehabilitation can’t be seen as some magic, rather as something for a person who has done wrong that really wants to change.

Former deputy minister of Justice and former director of La Reforma, Eugenio Polanco, explained that although a prisoner is kept isolated, from inside he will handle some operations through a “delegate”.

“They continue to operate from the inside. One example is car thieves, if they are organized, they continue to handle these crimes from within the prison … this is a business and people do not stop because they are in prison,” explained Polanco.

Pablo Bertozzi, director of the Prison Police and Celso Gamboa, the deputy minister of Security, agree on the need to install mechanisms to block cellular signals and improve the control of movement of prisoners.

Between January and September of this year, the Policia Penitenciaria (Prison Police unit) have confiscated some 17.000 telephony items.

However, the former director of La Reforma says the signal blocking is not possible, “they can say what they want, it is not possible as a matter of law.” Polanco suggests that combatting the overcrowding problem will help in that prisoners won’t come out worse than when they went it.

QCOSTARICA - The United States presented on Monday a plan to share 55 million doses of coronavirus vaccines worldwide, with approximately 75% of the...
Corrupion