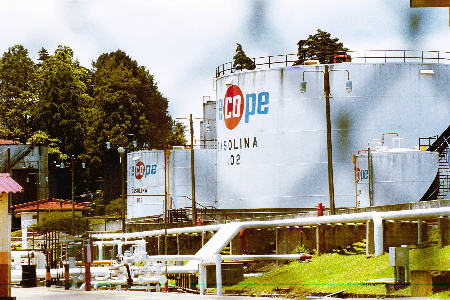 QCOSTARICA - The British online newspaper, DailyMail, in a...
Read more

QCOSTARICA - 94% in Costa Ricans believe in the...
Read more

QCOSTARICA - Given the current availability of AstraZeneca vaccine...
Read more

QCOSTARICA - By a majority voter, on Thursday legislators...
Read more

Costa Rica’s state refinery, the Refinadora Costarricense de Petróleo (RECOPE) launched a tender to buy one 20,000 barrel cargo of MTBE to be received the first half of April at Port Moin, Limon.

Last year, it bought from Valero Energy 67 cargoes of gasoline, diesel and jet fuel to be received during 2014 and it also tendered to buy several cargoes of MTBE (methyl tertiaty butyl ether, used to oxygenate the gasoline), fuel oil and up to 1.53 million barrels of liquified petroleum gas (LPG) on the open market.

The company will receive offers for this tender until February 17 and they must be indexed to MTBE prices in the U.S. Gulf Coast.