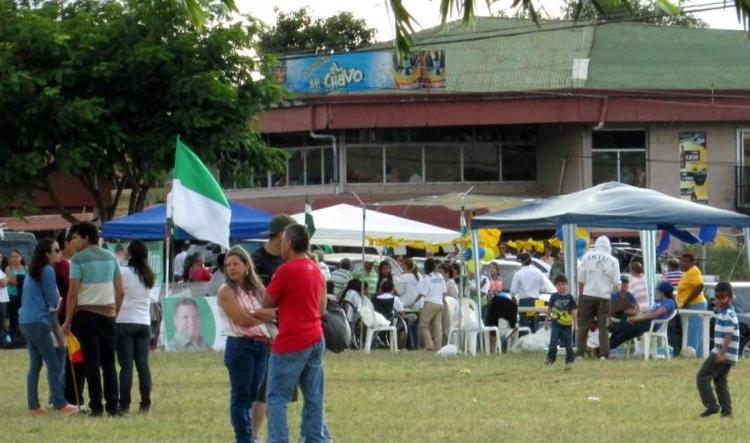 The day of the election, folding tables were set up outdoors at election sites and people came out with their children and families. Music was playing, refreshments were being sold and cars clogged the narrow streets. It was a festive, partylike atmosphere. This went on until the close of election at 6 p.m., when everybody went home to wait for the results on TV.

The next day, the results showed that none of the four top contenders had garnered the requisite 40 percent of the vote to be elected president. Now there will be a runoff in April between the top two candidates, Johnny Araya of the PLN, the party currently in power, and Luis Solis, the dark horse candidate of the PAC. (Neither of these contenders is a politician of the far left.)

What is so interesting about this picture? This is Central America! Before the election, there were no government employees taking photos of opposing candidates, no phony demonstrations for candidates who are surreptitiously hated and no violence between military and guerrillas.

During the election, there was no intimidation at the polls, no troops coercing voters, no rigged results and no lone candidate being the only choice.

After the election there were no angry demonstrations, no bloodshed in the streets and no animosity between supporters of contesting candidates.

It was business as usual in Costa Rica. Just compare this to Costa Rica’s neighbors in Central America — Nicaragua, Venezuela, Cuba or El Salvador.

What a wonderful example of the strength of Costa Rica’s democratic tradition. What a role model for the rest of Central America! As they say in Costa Rica, “!Pura Vida!”

QCOSTARICA - Almost ¢140 billion colones (US$227 million dollars) is the amount the MECO construction company was able to snare for public works contracts...
Infrastructure