“Nothing Is Worse Than Being Afraid To Tell the Truth”, Oscar Arias 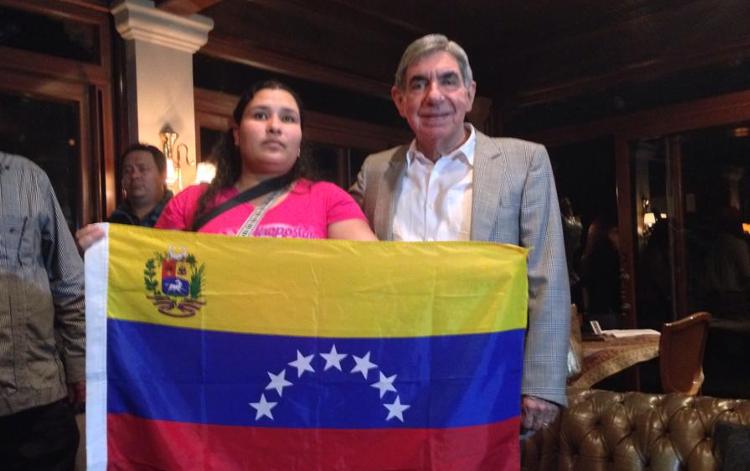 Former president and Nobel prize winner, Oscar Arias Sanchez, has come down hard on Venezuela’s government. In an interview with CNN Airas condemned the violence against students and speaking out in support of Venezuelans in Costa Rica who gathered at his home in Rohrmoser Thursday night.

In an interview with Patricia Janoit, Arias said there is no threat of a coup and the Nicolas Maduro government should be more flexible to criticism. 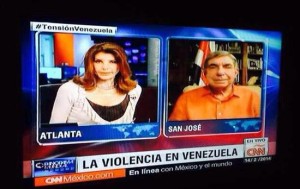 Arias told his interviewer that he has met with Venezuelan youth in Costa Rica, who have expressed their concerns what is happening in their home country. The former president said, “criticism should be sponsored and not repressed”.

The 1987 Nobel Peace Prize is asking the Maduro government should “moderate language: the truth is that those who are protesting are not Fascists.”

“Calling any one who criticizes the ruling party Fascists I think is an over exaggeration”, said Arias.

Blasting the actions of Venezuela’s security forces, Arias told Maduro he has no right to call his government a democracy.

The following video is the CNN interview (in Spanish)

[quote]NOTHING IS WORSE THAN BEING AFRAID TO TELL THE TRUTH

I want to add my voice to a chorus of worry that has swept through our America. Thousands of students and opponents of the administration of President Nicolás Maduro of Venezuela were brutally attacked with firearms by security officials. Three people died and at least 26 have been injured during the conclusion of a series of protests in Caracas and other Venezuelan cities.

In no country that is truly democratic can a person go to prison or be murdered for holding opposing views, or for wishing to express opposition to government policies. Venezuela can employ all the oratorical flourishes it likes to sell the idea that it is a true democracy, but with every violation of human rights committed by the government, they show the untruth of their position, because criticism and dissent are being repressed. Every government that respects human rights must respect the right of its people to peaceful protest. The use of violence is unacceptable. Let us remember Gandhi’s warning: “An eye for an eye leaves the whole world blind.”

I have always defended democracy and I am convinced that in a democracy, if one has no opposition, one must create it, not repress it or condemn it to a hellish persecution, which is what President Maduro’s administration appears to be doing. The government of Venezuela must respect human rights – above all, the rights of its opponents, because there is no merit in respecting the rights only of one’s supporters.

Martin Luther King Jr. once said that “the hottest place in hell is reserved for those who remain neutral in times of great moral conflict. The time comes when silence is betrayal.” That is why I am aware that, upon making these statements, I am risking all kinds of accusations from the Venezuelan government. They will accuse me of meddling in internal matters, of failing to respect their sovereignty, and, almost certainly, of being a lackey of the U.S. Empire. Without any doubt, I am a lackey of the empire: the empire of reason, of prudence, of compassion and of liberty. I will not remain silent when human rights are in danger. I will not remain silent when the mere existence of a government like that of Venezuela’s stands as an affront to democracy. I will not remain silent when the lives of human beings are put in the balance simply because they have defended their rights as citizens. I have lived long enough to know that nothing is worse than being afraid to tell the truth.[/quote]