Ever since a 13-year-old high school girl died after drinking a lethal cocktail of vodka and an unnamed narcotic, parents and educators have been deeply concerned about “cocktails” consumed by kids in so-called “mega parties.” 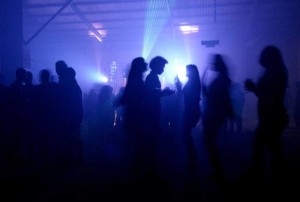 Although the girl died amidst a small, informal group of friends in a school parking lot, police have broken up at least one party under open skies in which liquor and possibly drugs were the order of the evening. Now private schools are asking police for help in controlling teenage drinking.

Omar Jimenez, the chief criminal prosecutor of adolescent crime, has been especially busy since that tragedy, touring high schools and talking with parents, teachers and students. He wants parents, especially, to be aware of the inter-high school giant parties that have sprung up.

These giant parties have developed with blinding speed during the past two years — “the complexity and rapid evolution” of parties without responsible adult supervision, reports La Nacion, is intensely alarming.

These private schools charge tuition and their student body has an affluence that most schools do not. Their students also tend to be more sophisticated and media wise. For example, social media is the network that signals an upcoming event, its location and time. The fact that many have their own cars complicates prevention.

So far the prevention has been an uphill battle. Students themselves who have access to small farms organize the events and La Nacion reported that some earn up to a million colones per party. The paper interviewed one anonymous 17-year-old who has organized some 15 of these events.

The youth stoutly defends his territory:  “Much of the information that the media reports is exaggerated or false. I’ve never seen narcotics traffickers…at any party I’ve attended,” he said.

“Maybe they misinterpret things,” he continued, “It’s all right that (they say) it’s bad, but it isn’t to hurt anyone. It’s to generate resources for serenades, dances and outings.” He claimed his last event was to buy sweaters for high school students.

He calculates that a giant party with 300 persons attending generates from 800,000 to a million colones. Sometimes, where there are more than one organizer, they split the profits from 2,000 to 3,000 colon entrance fees, earning 200,000 colones or more.

Although the 17-year-old entrepreneur may see fears of alcohol and drugs plus alcohol and drug befuddled sex as media hype, one thing he and ICD director Carlos Arbarado agree on is a lack of other kinds of affordable teen social activities.

“The excursions and dances for graduation are activities with great expense and there are those who can’t afford everything,” the teen told La Nacion, “The simplest way to collect funds is to organize fiestas and many persons have been able to participate (in costlier activities) thanks to fiestas.”

ICD is looking for sponsors for concerts and music festivals that can be supervised by adults and police to attract kids to a healthier kind of party. if these gatherings can be made as fun drug and alcohol free, the other kind of party will wither away, they hope.

But one factor that these adult sanctioned events cannot offer is sex and a La Nacion report charges that organizers will do anything to attract participants, including happy hour prices for drinks and jacuzzis in which kids of both sexes can cavort in underwear.

With the rise of the megafiesta, organizers have had to confront fierce competition with two or three events each weekend — although the 17-year-old might consider this report in La Nacion mere media hype. But even he agreed that organizing parties is getting more complex.

Those who attend rate everything, including the music and the DJ down to the price of drinks and spread this review all over social media. To compete, organizers have had to become increasingly professional in their planning. These are not spur-of-the-moment congregations.