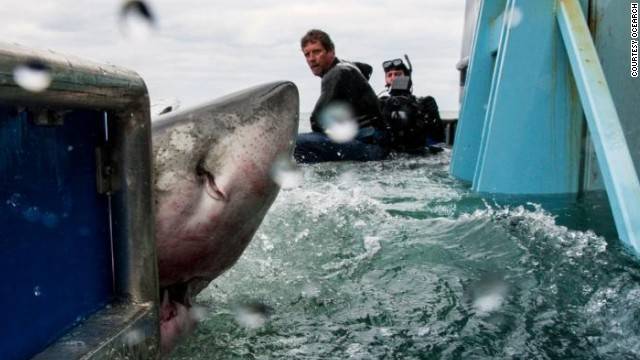 The coastal waters of Costa Rica are teeming with sharks. Many species of the Elasmobranch subclass swim in the waters off Guanacaste, Puntarenas, Cocos Island, Limón, and many other coastal communities in Costa Rica. 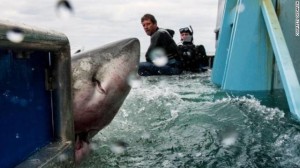 This rich selachian biodiversity suits Brett McBride, captain of the Research Vessel (RV) Ocearch just fine, you see, this is man who recently fell asleep among 500 Galapagos sharks as they fed right off the coast of Costa Rica.

The 46-year old McBride is part of a marine biology and oceanography research team dedicated to one of the most ambitious shark monitoring studies ever. The scientists and crew of the RV Ocearch aim to attract sharks aboard their modified fishing vessel. This is part of Captain McBride’s job: To coax toothy sharks aboard so that they can be fitted with electronic tracking devices.

According to a recent report by CNN Mexico, the RV Ocearch has a shark collection platform that essentially scoops up sharks right from the water. Captain McBride often has to jump into this platform and engage into a hand-to-fin struggle to calm down captured sharks. First he guides the sharks into position with his own hands, then he places a towel over their eyes to calm them down. This temporary blindness has a soothing effect on the sharks, which are also fitted with water hoses placed in their jaws to keep their gills wet.

In essence, Captain McBride is to sharks what Cesar Millan is to dogs. As to why he fell asleep off the coast of Costa Rica while hundreds of Carcharhinus galapagensis (pictured in this article) were feeding all around him, the San Diego native explained that he wanted to prove a point: If humans do not show interest in sharks, then sharks will not show interest in humans. This is valuable advice for surfers and swimmers in Playas del Coco, Jaco Beach or any of Costa Rica’s numerous pristine beaches.

QCOSTARICA - Six out of ten people in Costa...
Front Page