Traffic Accidents in San José Increase 70% When It Rains 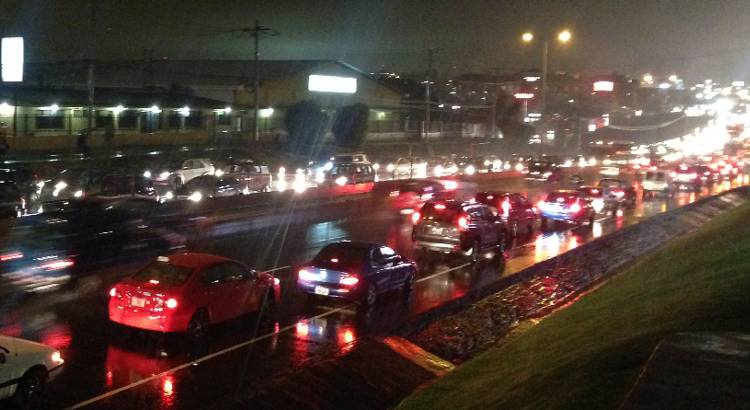 The number of daily traffic accidents in San José increase up to 70% on days that it rains, compared to other days when it does not.

According to figures by the Policia de Transito (Traffic Police), the average number of collisions daily in San José is 100. But in the months when it rains the most – August, September and October – the daily average of accidents reaches 170.

Traffic officials say the increase is directly related to driver recklessness, not taking into account the climatic conditions that reduce visibility and stopping distance. Vehicle mechanical failure, such as faulty brakes and windshield wipers also contribute to the accident statistics.

Another interesting statistic is that half of the country’s traffic accidents happen in the province of San José. In 2012, the traffic police attended to 48.030 collissions. This year, that number increased to 47.717 for only the first nine months (January to September).

Better safe than sorry. If you have to drive in the rain taken into account that roads are slippery, visibility is hampered (especially during heavy down pours and fog), have your windshield wipers and lights in good working order and most important – watch out for the other guy!

A good piece of advice from the Q is don’t drive in the rain unless you really have to. Remember the rains in Costa Rica are not long lasting, usually disappear within minutes or a few hours at the mos. It will pass. Also, because it is not raining, it doesn’t mean to let your guard down, the roads are still slick from the water and oil/grease accumulation on the pavement.

And, watch out for those puddles – that pothole may be deep enough to swallow the entire wheel, causing major damage to the vehicle and could lead to loss of control and…