Gerardo Vargas Ramiréz, the eldest of nine, was a shy and skinny kid that lived fascinated by superhero cartoons, in particular superman, painting the man of steel on any surface he could.

His childhood was at the hands of an abusive father, a man that Gerardo describes as a “womanizer, irritable and violent. An adventurer, great for the young girls, terrible with women and beat his mother because he was very much in love with her.”

Gerardo says he was in third grade when he first donned a superman suit at the Winston Churchill grade school in Cartago. “That was my first presentation. All the kids shouted superman, superman”, he recounts his story.

“Some say that I look like a bit like Christopher Reeve when he was young”, while showing his collage of superman clippings and posters that adorn the living room of his home,

All his life he worked as a school janitor and 15 years ago, after retiring, decided to renew his love of the superhero and his vow as a public servant, turning in his “palopiso” (mop) for the superman suit, but not before fighting a severe depression that included not leaving the house for extended periods of time.

One day he had the valor to don the blue tights and red cape and began to go out in public. Gerard or Superman could be seen making appearances at parades, street protests, festivals, soccer games…just about everywhere people gathered.  Name a cause and there is this Cartago man version of the man of steel. And always at his own time and dime, never getting paid for his appearances. 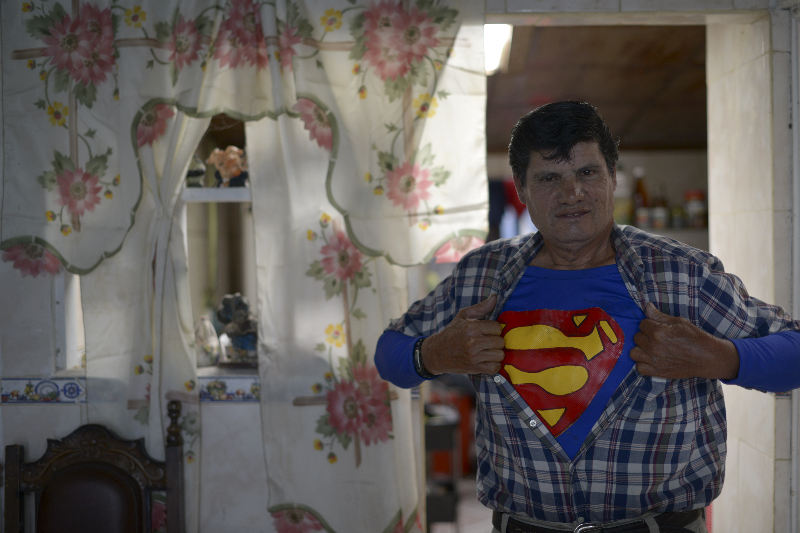 Today, at 66 years of age, Gerardo waits for opportunities to make his man of steel appearances. Like is alter ego, Clark Kent, beneath his buttoned shirt, Gerardo wears his superman suit, ready to go out.

In between his superman work, Gerardo says he spends in his days running errands, going to the market and sometimes even goes to the La Sabana lake, with rod in hand to fish or spends a day or two in the Plaza de la Cultura selling balloons.

Every so often he is contracted (paid jobs) to appear at children’s parties. 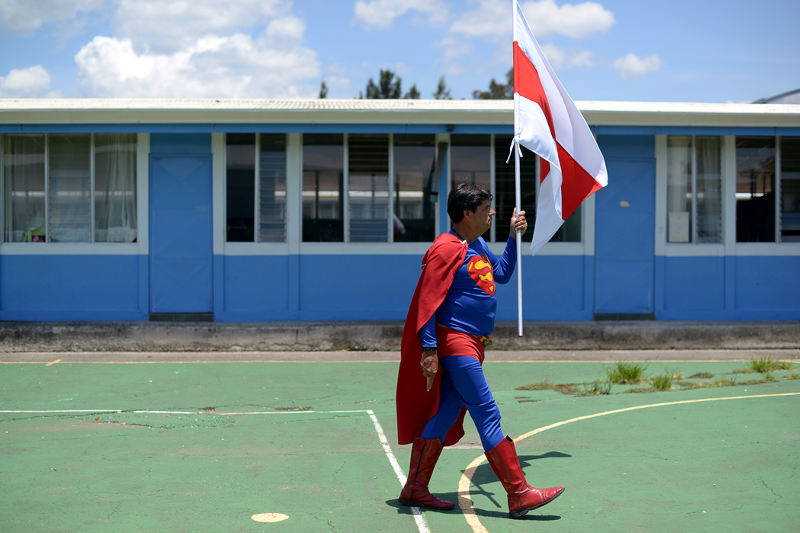 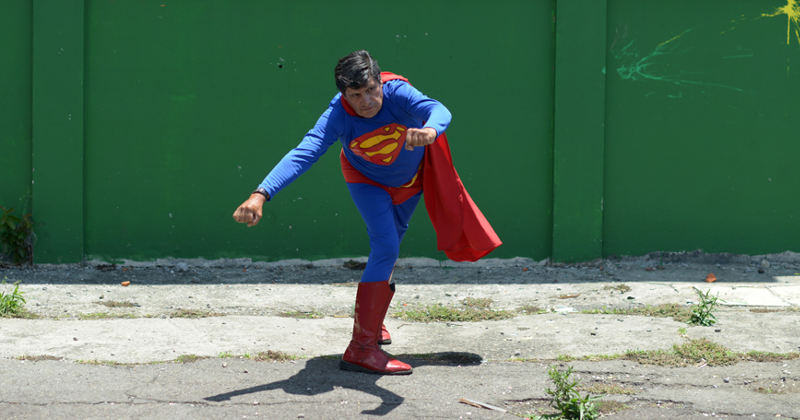 - Advertisement -
Paying the bills
Previous articleIn Costa Rica 0.000821917808 Americans Slaughtered Daily in 2013
Next articleCosta Rica Leader in Central America In Terms of Labour Rights, Ahead of the US: Report