The Policia de Transito (traffic police) will be putting into practice next week rigorous plan in an attempt to alleviate the traffic congestion of downtown San José, Costa Rica’s capital city.

Blocking intersections and parking illegally will cost drivers a ¢50.000 fine for each infraction. Police will also two illegally parked vehicles.

Vehicular restrictions between 7am and 7pm will continue to apply!

[/one_fourth]During the nights this week, work crews will be painting restricted parking areas yellow and erect new signs. In addition, a number of intersections will be marked off with yellow paint forming a box, to indicate the area that must be kept free of vehicles. That is, drivers who cannot make it through a intersection on a green light must not stop within the box.  See diagram below.

Silvia Bolaños, deputy ministry of Transport, explained that is vital to apply the traffic law to reduce congestion.

Parking in “yellow” zones, at taxi stands and bus stops are part of the strict regulations that will be in place.  “As there currently are no signs, drivers park wherever. And without the demarcation traffic officials cannot issues fines”, said Bolaños.

A study by the Ministerio de Obras Públicas y Transportes (MOPT) – ministry of Transport – determined that the traffic police has to take a tough stance on drivers to alleviate the congestion of downtown San José.  The Department of Planning at the MOPT indicates that some 400.000 vehicles circulate the downtown core of San José daily and some 2 million people in various forms of transport.

Starting the first week in March, the area of focus and that will have a high concentration of traffic officials will be between Calle 42 (west side)  and Calle 21 (east side) and Avenidas 18 (south side) and 11 (north side).

Germán Marín, director of the Transit Police, explains that cars parked illegally reduces traffic flow by as much as 50% and the main cause of road collapse is clogging intersections during peak morning and evening hours.

To maintain traffic flowing, traffic officials will be posted at intersections and video cameras connected to the centralized traffic light system will monitor each intersection. Marín explained that eight officials will be monitoring traffic from the electronic centre, alerting fellow officers on the street to problems and offending drivers.

In addition, four two trucks will be on hand during rush hours to remove illegally parked vehicles. 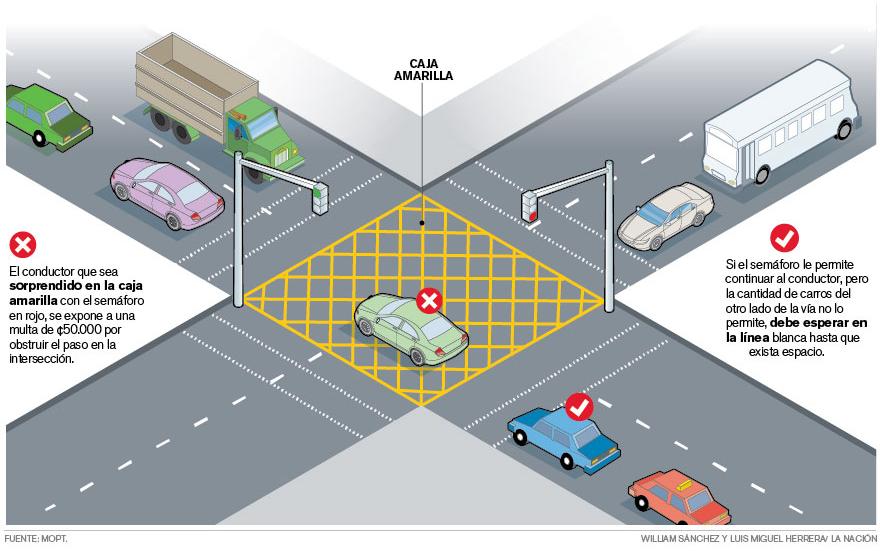