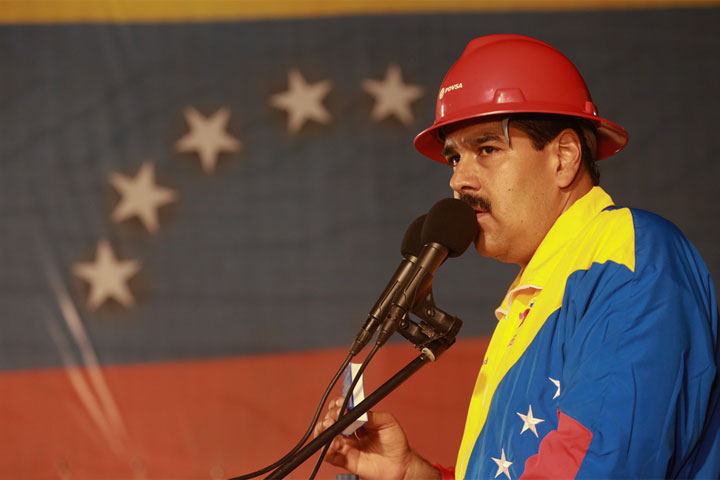 A press conference of the leaders of youth movements of three parties was cut short by yelling of presumed leftist backers of the Venezuelan government of Nicolas Maduro. 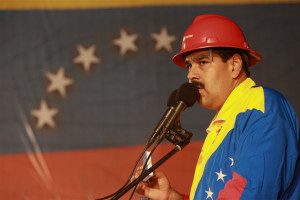 The three parties are of the Partido Liberación Nacional (PLN), Partido Unided Social Cristiana (PUSC) and the Movimiento Libertario (ML). Caracas and other Venezuela cities have been rocked by violence as police clash with anti-government demonstrators.

The object of the conference,which was disrupted by the unruly minority, was to express support of Venezuelan students who called on Maduro to resign. The protests have been met with  police suppression for several days.

The press conference was held in the Ex-president’s Salon at the Legislative Assembly building. The group of troublemakers were warned by security personnel to be quiet or they would be ejected.

PUSC’s Henry Salazartold La Nacion reporters that two of the pro-Maduro demonstrator were Venezuelans and the rest, eight or 10 of them, were Costa Ricans. They accused the conference organizers of being in favor of a coup and chanted slogans.

PASE party deputy Victor Emilio Granados was simply trying to record the disruption on his cell phone when he narrowly escaped being punched by a pro-Maduro/Chavez adherent, yelling that Granados was a “diputado golpista.”

That means in English pro-coup deputy.”

Ironically, PASE is a definitely leftist party. Legislative assistant, Mireya Zamoro, attempted to quiet one of the unruly gang and was also threatened with bodily harm.

Head of security at the congress, Magaly Camacho, said that since the event was public, the demonstrators needed no pass from a lawmaker to enter. But others pointed fingers at other lawmakers, usually of another political persuasion.

All this disturbance is MOST un-Costa Rican where it is not considered couth to shout down someone who is attempting to speak. One lawmaker blamed deputy and erstwhile Presidential candidate Jose Maria Villalta for letting the group in.

Villalta denied this, although his far-left Wide Front party is definitely pro-Chavez. As it turned out, the Venezuelan riots and repression have one bright spot for him—because he didn’t make it to the second round, he was not hurt politically by the anti-Maduro demonstrations in Caracas.

If he had been in the runoff, the widespread unrest and violence in Venezuela against the Chavez policies being carried on by Maduro would have severely damaged his chances…