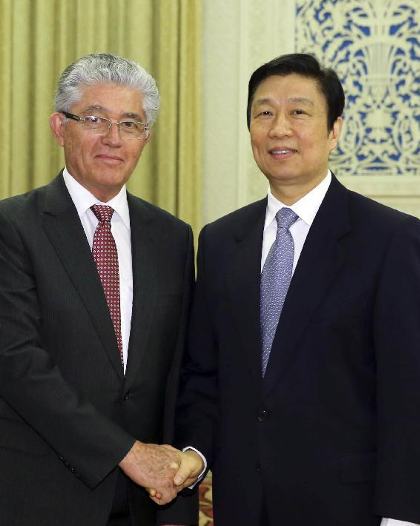 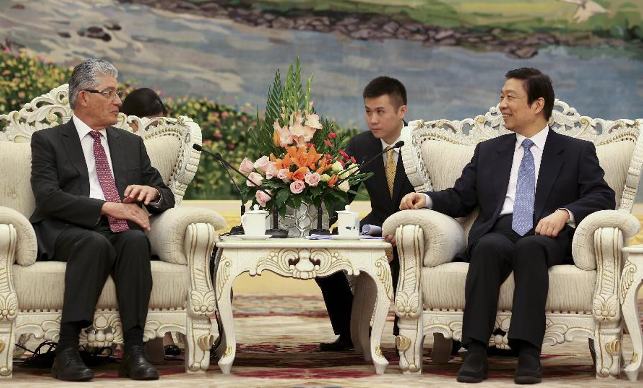 When meeting with Piva, Li said China is ready to work with Costa Rica to deepen political mutual trust, enhance mutually beneficial cooperation and enrich people-to-people exchanges, so as to promote comprehensive development of bilateral ties.

Piva said Costa Rica is willing to strengthen bilateral exchanges and cooperation in the sectors of agriculture, the economy and trade, infrastructure, education and territorial planning.

Costa Rica would like to promote the overall cooperation between China and Latin American countries, he said.

China’s VP also met with former U.S. Treasury Secretary Henry Paulson in separate meetings. While meeting with Paulson, Li said China and the United States should seek more opportunities for cooperation and expand their common interests in line with the spirit of mutual trust and tolerance.

He urged the two countries to consolidate the mutually beneficial and win-win economic and trade pattern, so as to benefit the two peoples.

Paulson said he will continue to play a positive role in promoting bilateral cooperation in investment, environmental protection and entrepreneurship training programs.

QCOSTARICA - Is there something worse than having a...
Reports