Could Be Months To Fix Sinking on Circunvalación 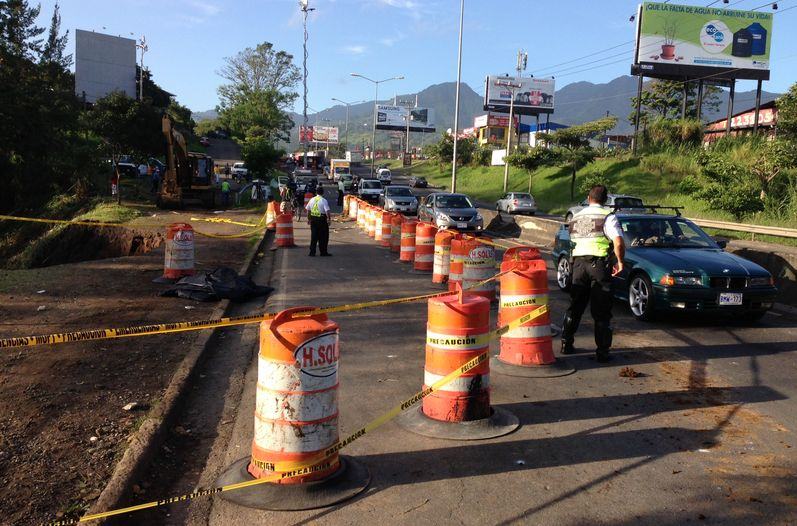 Related: Video on traffic of the Circunvalación

The sinking is on the portion of the road between Hatillo 8 and Pavas, in the direction of La Uruca.

The situation forced Transito authorities to close down the right lane of the two lane road, preventing a further collapse from the vibratios caused by vehicles.

German Marin, director of the Policia de Transito, said that lane closure will be for at least the rest of this week, as the Consejo Nacional de Vialidad (Natioal Roads Council) assesses the damage and puts into a action a solution. 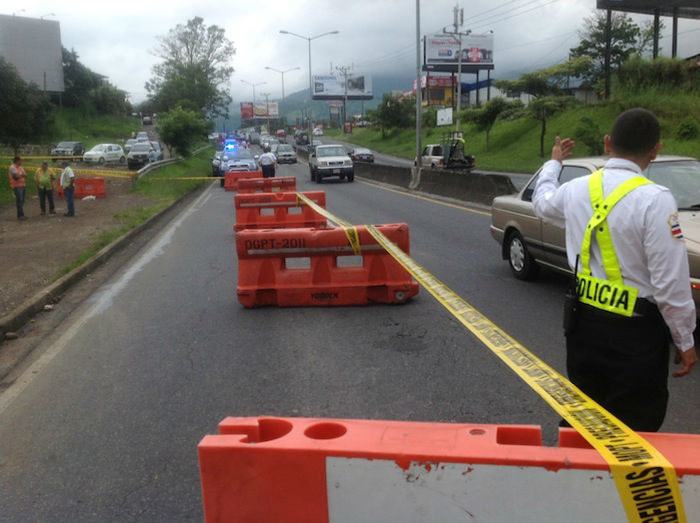 Cristian Vargas, director of the CONAVI, explained that the road surface was not damaged, but the closure of the westbound lane over the María Aguilar bridge is for safety measures.

Of course, without saying the alternate routes have collapsed due to the volume of traffic spilling over from the Circunvalación, roads that in normal conditions are not adequate for the regular of daily vehicles transiting them.