Could The U.S. Go The Way Costa Rica In Including Tips On The Bill At Restaurants? 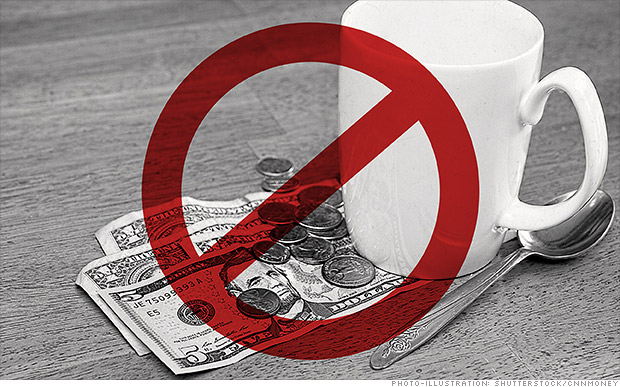 TICOBULL –  Is the U.S. is finally catching on to what we Costa Rica have been doing for the longest time, including the tip on the bill at restaurants?

In Costa Rica, restaurants add 23% to the bill – 13% for the sales tax and 10% for gratuity, which is then split among the staff.

I have heard the argument many times over that, the since the tip is included wait staff aren’t motivated to provide good service.  This can be said to be true by some, but not all. In my experience not even the norm.

Tipping is done by most, especially in high-end restaurants, not because it is expected but to reward outstanding service.

The movement in the U.S. though will probably backfire, for one, getting rid of tipping is easier said than done since it’s a practice that’s become so engrained in the culture and two the U.S. version of tip included comes with a hike in prices.

Thad Vogler, owner of Bar Agricole and sister restaurant Trou Normand in San Francisco, implementing the no-tipping policy on Jan. 1, says he has decided to increase his menu prices by 20% to pay the staff and eliminate any end-of-dinner math calculations.

“It’s time for the restaurant business to be more like every other industry and charge what’s appropriate rather than relying on other people to compensate its workers,” said Vogler.

In Newport, K.Y,  customers of meatball shop Packhouse are also not expected to leave a tip at the end of their meal. “We are in a competitive industry and we thought this could be a point of differentiation and originality,” said owner Bob Conway. “The customer won’t feel the whammy at the end of their experience.”  He built tax and gratuity into his menu prices when he opened the restaurant at the start of 2014. The wait staff makes either $10 an hour or 20% of sales (whichever is higher) and Conway said his servers average about $16.50 an hour.